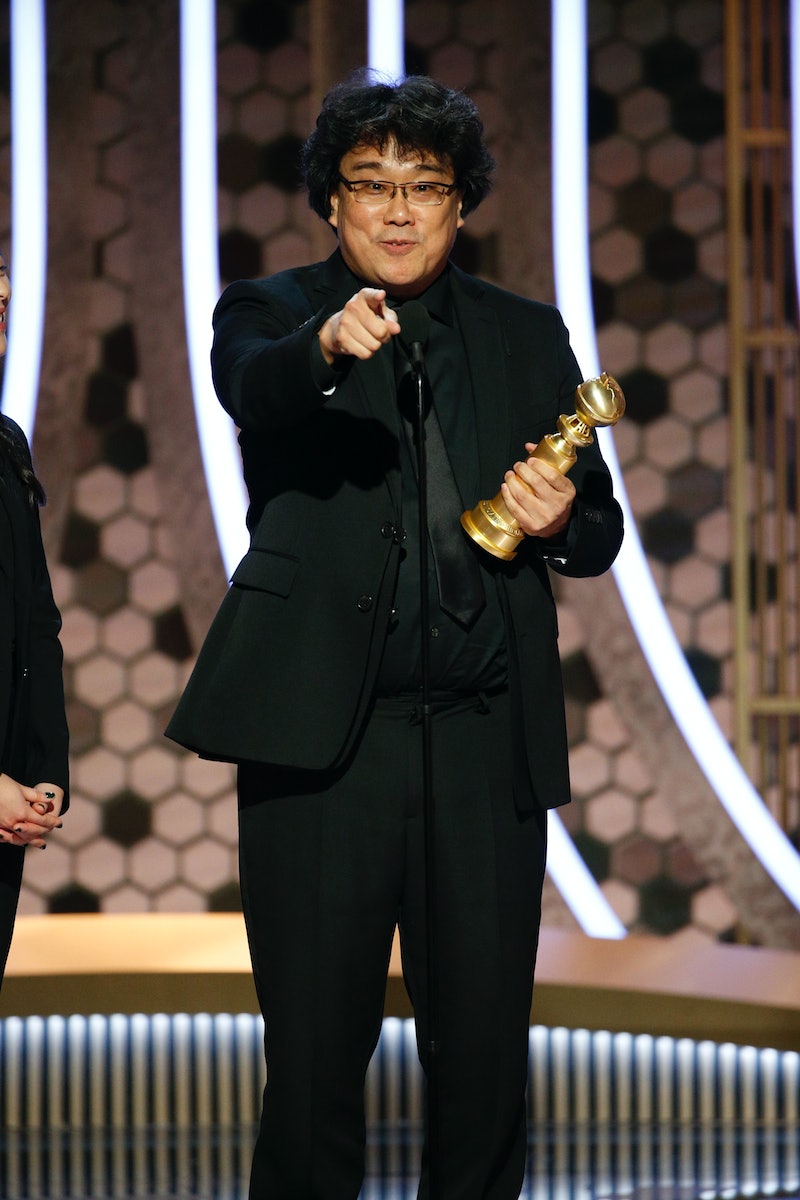 It's a big night for peaches. Parasite won Best Foreign Film at the 2020 Golden Globes, and director Bong Joon-Ho used his time on stage to send a message to audiences who don't like subtitles: get over it, and you won't regret it! "Once you overcome the 1-inch tall barrier of subtitles, you will be introduced to so many more amazing films," the South Korean director said, with the help of a translator. "I think we use only just one language, the cinema."

Parasite is a rare Foreign Language Film that has managed to break through beyond the category, with nominations for Best Director and Best Screenplay. The cast is also nominated for a SAG Award for Outstanding Performance by a Cast in a Motion Picture, and the entire film is going full speed ahead towards the Oscars. Even casual viewers know it's rare for a foreign film to earn nominations outside of Best Foreign Film at Hollywood awards shows — specifically the Golden Globes and the Oscars. According to The Washington Post, 11 foreign films have been nominated for Best Picture at the Oscars total. Not only that, but Foreign Films have a hard time competing at the U.S. box office, which means that, unfortunately, a lot of audiences miss out on movies that aren't in English.

But Joon-Ho clearly wants that trend to stop, and getting American audiences to get over their fear of subtitles is just the first step in making foreign film more popular — and more accessible.

Parasite isn't the only "foreign language" film making waves this awards season. The Farewell, from Lulu Wang, has also been at the forefront of awards season buzz, though slightly less so. However, after a Golden Globes win for Awkwafina, who took home the award for Best Actress in a Musical or Comedy, the 2020 Oscars could be more foreign language film friendly than ever before. That is, if Academy voters get over that "1-inch tall barrier of subtitles" and watch them.