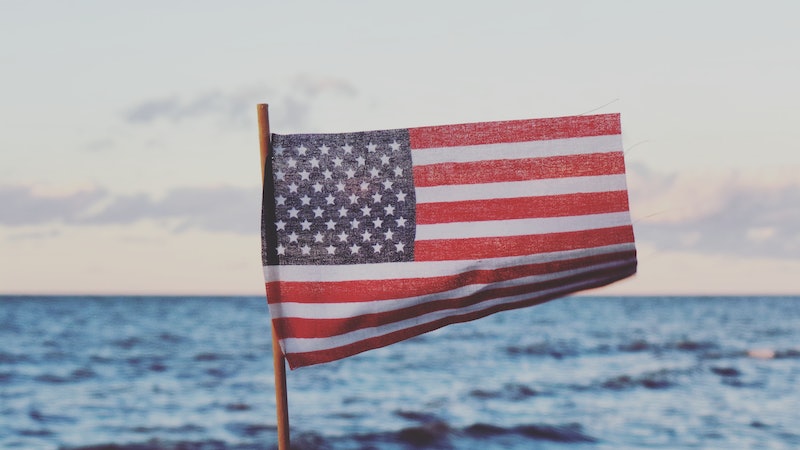 Patriotism may fall upon you no matter the day of the year, but Presidents Day is a holiday that might ignite that spirit in tenfold. These patriotic quotes for Presidents' Day that have been rounded up below are ready to enforce that sentiment of solidarity this Feb. 20. In fact, not only are these 12 quotes exploding with patriotism, they're also entirely authored by American presidents, making them that much more relevant to today's holiday.

It's true that no president has been similar, but there is one common thread that runs through each elected official to take the seat of President of the United States: patriotism. To be the leader and representative of America is to carry an enormous burden on your shoulders, and I think it's fair to say that no person who would take on that task without have a gigantic amount of love for this country.

Whether your patriotism feels fleeting these days or whether you're feeling more ignited than ever, take the time to read through these patriotic quotes. It is my hope that they might not only educate you, but also inspire you. After all, America is a country that is reliant upon its citizens to thrive, so you're playing a bigger part in U.S. history than you might even realize.

1. “The rights of every man are diminished when the rights of one man are threatened.” — John F. Kennedy

2. “Until justice is blind to color, until education is unaware of race, until opportunity is unconcerned with the color of men's skins, emancipation will be a proclamation but not a fact.” — Lyndon B. Johnson

3. "Focusing your life solely on making a buck shows a certain poverty of ambition. It asks too little of yourself. … Because it’s only when you hitch your wagon to something larger than yourself that you realize your true potential." — Barack Obama

5. “Freedom is the open window through which pours the sunlight of the human spirit and human dignity.” —Herbert Hoover

7. "Order without liberty and liberty without order are equally destructive." — Theodore Roosevelt

8. "Neither a wise man nor a brave man lies down on the tracks of history to wait for the train of the future to run over him." — Dwight D. Eisenhower

9. "There is nothing wrong with America that cannot be cured by what is right with America." — Bill Clinton

10. "Order without liberty and liberty without order are equally destructive." — Theodore Roosevelt