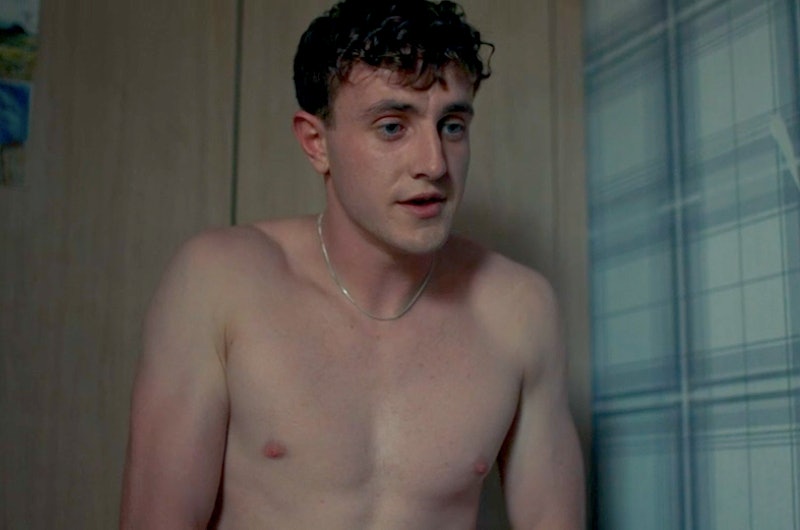 It's hard to find a person who hasn't devoured Normal People in one or two sittings. The BBC adaption of Sally Rooney’s bestselling novel captured all the intensity and electricity of a first love — meaning there was bound to be sex scenes (a lot of them). Turns out, some viewers were uncomfortable watching the intimate moments between off-and-on again young lovers Connell (played Paul Mescal) and Marianne (Daisy Edgar-Jones). But speaking to host Ryan Tubridy on RTÉ's Late Late Show, Paul Mescal defended the sex scenes in Normal People, saying they are something he is "incredibly proud of."

When asked about these complaints, Mescal told Tubridy: "I actually listened in yesterday and I suppose I was surprised but the last thing I want to do here is sit and judge people because they’re obviously entitled to their own opinion."

"But my own perspective if it is that myself, Lenny [Abrahamson], Daisy and Hettie [McDonald], who directed the second block, worked really hard to make it feel like it was a real accurate representation of sex amongst young people today and it’s actually something I’m incredibly proud of and really proud to see on Irish screens."

The 12-part series is set in modern, rural Ireland and follows Connell and Marianne on different ends of their school’s social spectrum as they begin an intense, secret affair. Normal People hired intimacy coach Ita O'Brien (who has previously assisted on Netflix’s Sex Education) to help craft the scenes involving sexual content and nudity. Speaking to Bustle UK about her work on Normal People, O'Brien explained the detail with which each scene was choreographed, and made clear that her top priority was ensuring the actors' safety.

Edgar-Jones has said filming the intimate scenes with the help of O'Brien was a "joy". Speaking to the Guardian, the Cold Feet star said: "[O'Brien]'s brilliant. The sex scenes were a joy to us because it was her job to worry about how it would work and we just turned up, did the choreography and carried on."

Despite some criticism, Normal People has received mostly positive reviews, and many have praised the show for a refreshing portrayal of sex and nudity on screen, including Daisy herself. “What I’m really happy with is that there’s an equal representation of both our bodies. Paul is equally exposed," she explained to the Guardian. “When we’re in a scene and topless, it’s different for Paul than it is for me, so it’s nice that there are shots where we are both fully nude. It means that there’s more of a balance, gender-wise.”

More like this
Adam Ali Hopes 'Waterloo Road' Will “Subvert” Queer Misconceptions
By Sam Ramsden
'Boiling Point's TV Sequel Is Set To Deliver A “Rollercoaster Of Emotions”
By Catharina Cheung and Sophie McEvoy
Rita Ora Finally Opened Up About Marrying Taika Waititi & Their "Perfect" Wedding
By Sophie McEvoy and Catharina Cheung
Jemima Khan Used Her Own Life As Inspo For 'What’s Love Got To Do With It?'
By Darshita Goyal
Get The Very Best Of Bustle/UK
Sign up for Bustle UK's twice-weekly newsletter, featuring the latest must-watch TV, moving personal stories, and expert advice on the hottest viral buys.