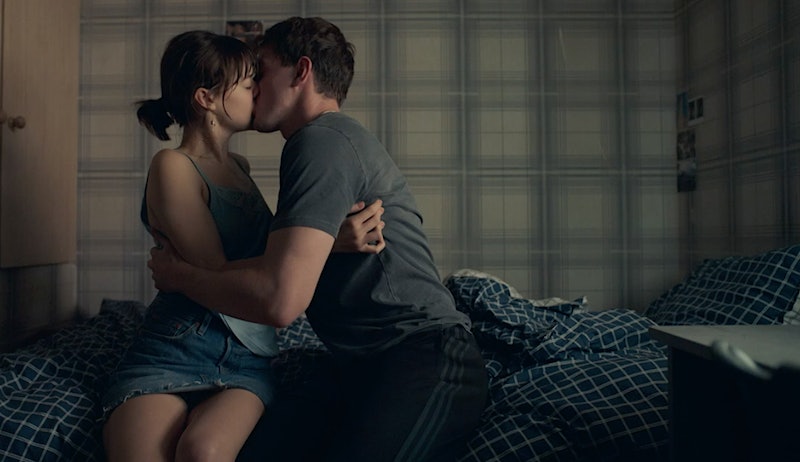 The success or failure Normal People's TV adaptation was always going to come down to the sex scenes. In Sally Rooney's second novel, sex is a language in and of itself, allowing us access to Marianne and Connell's interior lives whenever words fail them (which, as we know, is often). When BBC Three and Hulu announced in May 2019 that they were adapting the book for a 12-part series, fans were worried: would the intense, truthful sex scenes they'd fallen in love with translate on screen?

Reader, they would. In fact, every since Normal People aired, they're pretty much all we can talk about.

As an intimacy coordinator, Ita O’Brien is well versed in the art of sex as storytelling. Speaking on Zoom a few days after Normal People's UK premiere, she explains that it’s her job to make sure the details provided by the writer and director are “honoured” in every intimate scene. Rather than rush through moments of sex or nudity for fear of embarrassment, O'Brien encourages actors and directors to take their time, to consider each touch, each subtle shift in tone, and to ask themselves how these moments can add to the narrative they've created elsewhere.

As well as offering creative support, intimacy coordinators provide practical guidance – they ensure the actors’ boundaries are respected. O’Brien begins each day by speaking to the director and actors about “agreement and consent.”

“We do that every single day because everybody is different every single day,” she tells me. “Even if [the actors have] worked with each other before, I always check in.” Although other aspects of her work will differ from project to project, the discussion around consent always comes first, O’Brien explains. It is the principle upon which her Intimacy on Set guidelines – the first of their kind in the UK – were built.

After this discussion, “I usually have the actors stand in close proximity, and have a hug,” O’Brien says. “That kind of icebreaker makes such a difference. People will instinctively always stand where it's socially OK – they won't break that. That's where, as the intimacy coordinator, I'm very consciously bringing them closer together.” But where do they go from there?

I asked O’Brien to talk me through three intimate scenes she helped choreograph for Normal People. Below, she offers rare, behind-the-scenes insight into the sex scenes that absolutely everyone is talking (and thinking) about right now.

On the very first sex scene

“What I really loved [about scene one, episode 2] in particular was that there’s an equality of presence with each other: once Marianne and Connell are fully naked, standing with each other, he gives her pleasure and then she gives him pleasure. I think that moment is so important. While he is more experienced in this instance than she is, there's still that sense of her empowerment and her desire. She's the one saying, ‘Can we take our clothes off?’ This scene was so complex it actually took us all day.

When it comes to one character pleasuring another, we have a technique. First we find a line they can trace down and check out where is OK on the body, where is in the actors agreement and consent. We see where we can go on the thigh so that we have somewhere to anchor and make what’s happening believable. Then we find a rhythm for how the character would pleasure the other, so that what's happening with the body tells the story. Of course, just like any good fight or stunt, those moments are sold on the actor’s breath, and really placing the sensation in the right parts of the body. It's those kinds of details that make all the difference.

"The actors will often have genitalia cushions that I make myself. If you think, stunt coordinators have crash mats, these are our safety mats"

For all the intimate scenes, the actors will be wearing genitalia coverings and then often they will have genitalia cushions that I make myself. [O’Brien goes into her cupboard and pulls out a number of flesh-coloured, oddly shaped cushions in different sizes.] It’s really important to have these. If you think, stunt coordinators have crash mats, these are our safety mats.

It’s all about having extra padding so that nobody feels vulnerable or compromised. Then they can release into the freedom, which is what we want to really serve the storytelling.

In moments of actual intercourse, I’ll use something like this [she holds up a large cushion that looks like a 3-D triangle] so that actors have something to push against. The rhythm can be received through both bodies, but everybody's kept comfortable.”

On *that* robe scene

“Filming [scene 17, episode 5] actually happened in reverse here, so I was there for the core of the scene in the bedroom, but not for the moments in the kitchen. It was a beautiful scene to create and it had a sense of ease and relishing.

In choreographing the parts in the bedroom, again, we wanted an equality between both characters. Going onto the bed, Marianne has her robe on, so it's her undressing him. Then we have Marianne kissing Connell’s stomach.

During our initial discussions, we spoke about how different the two characters would be here from their younger selves. They're both more sexually active now and know themselves better, so in this moment when they come back together, more of the body is on offer, more of the body is in play. And what was lovely was they took what we'd found in those discussions and brought it into the kitchen scene – that stunning moment with Connell undoing Marianne’s robe and kissing her stomach. I can’t take any credit for that, but I would imagine that, because they’d already gone there, then they brought that into the kitchen.

Again, going back to the idea of equality, it’s really important that here [as opposed to the virginity scene], we see Marianne on top here during intercourse. And that moment where Marianne brings Connell’s finger into her mouth is so central. It was just a moment of vulnerability from him – him allowing her to invite other body parts into her. Marianne is really breathing him in, bringing him in. It’s beyond sexual, it’s sensual.”

On the last scene in Connell's bedroom

“This scene [in episode 11] was filmed in the last couple of weeks in the studio with Hettie and, again, took pretty much all day. It's a long scene with so many complex notes and beats.

I loved the symmetry of structure: we’re watching them in Connell’s bedroom again, as we did in episode two, but things are so different.

Marianne makes the choice to stay on her stomach. She gets undressed and she goes to that position. Again, that was very deliberate, that sense of her not meeting him. It gives us a flavour of what she's been experiencing in her relationships with Jamie and the photographer in Sweden. But then you had that beautiful delicacy of that moment where Connell runs his fingers along Marianne’s spine and him saying, ‘Is this OK? Do you want this?’

"I loved the symmetry of structure: we’re watching them in Connell’s bedroom again, as we did in episode two, but things are so different"

In terms of how their bodies were positioned for the actual intercourse, we haven't seen them in this position before, and I wanted to get that exactly right. As a choreographer, I really believe that if an intimate scene is anatomically believable, the audience can stay invested in the emotional journey that's supposed to be happening. If it anatomically doesn't work, we’re out of it. So Marianne can't just stay lying flat – you have to believe there's penetration, a sense of her rising, so there's that sense of opening to him, a sense of her opening to him. So we choreographed that rise of the body to make it believable.

Then we had to create that change, clocking the change between the freedom of their movement, then to Marianne’s request [for Connell to hit her], and then he withdraws. The choice to go back into that corner with a pillow was just so important. It was Paul’s idea, actually, and so spot on, because it was really believable – just so natural, retreating and covering himself in that way.

I was always so aware of Paul and Daisy's skills as actors. Their focus and their tenacity, and the depth of what they were able to bring to both these characters at this point. I mean, talk about athletes, building up to be able to have the stamina to be able to hold the arc of these incredibly intense scenes that go through such nuances.”