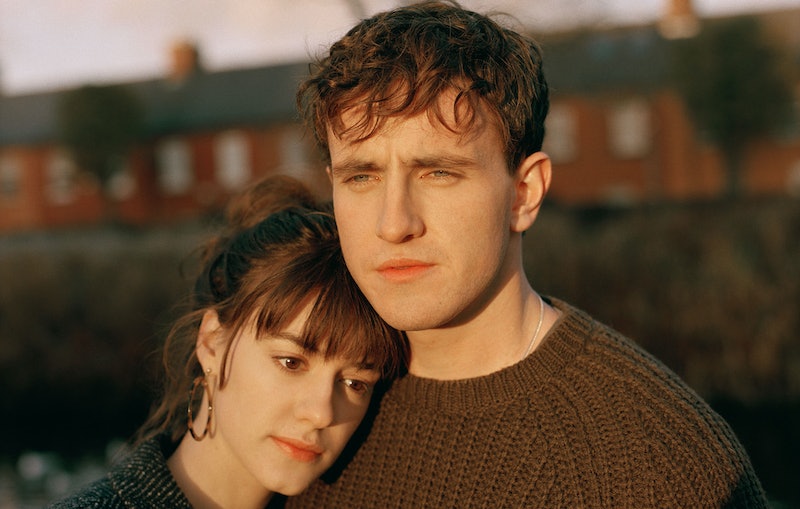 Normal People was Paul Mescal’s first onscreen TV role and it’s given him number one heart throb status. The BBC and Hulu adaptation of Sally Rooney’s much-loved novel has dominated group chats across the world and Mescal has become the subject of a lot of viewers' lockdown affections. And as if the actor weren't swoon-worthy enough, Mescal has just revealed wants to find a love like the his character experienced. While he isn’t sure if he wants all of the ups and downs of Marianne and Connell's relationship, Mescal says he wants to find the kind of connection they have. Can someone please give this guy my number?!

“I want to find something similar to Connell and Marianne, but only in the last chapter in the book when they have such a deep connection emotionally and physically. That might be a dragon that I might be chasing for a long time.”

He added that there's “no better pair to learn from than Connell and Marianne” when it comes to love.

He also spoke about some specific moments between Connell and Marianne that stuck with him, such as in the first sex scene where his character pauses to check Marianne (played by Daisy Edgar-Jones) is OK to keep going. “I think that moment is incredibly sexy,” Mescal took Mr Porter. “It could have appeared really sanitised, like: look at this character doing the right thing. But, of course, he is doing the right thing.”

Mescal recently made the move from Ireland to London ("I got a trip to Ikea in just before the lockdown, which I am grateful for," he told Mr Porter) but the 24-year-old actor grew up in County Kildare near Dublin. In previous interviews, he has opened up about parts of his own life growing up that reflected Connell's experience. “I had a very intense relationship at the end of secondary school. Connell wants to absorb Marianne. He knows where she is sitting in a room without even having to look,” he told the Independent, “I remember that feeling in my body when I was sitting in class and my brain was constantly in tune with this other person. And although I wasn’t hiding the relationship like Connell does, I remember worrying, ‘What would my friends think if we held hands in the corridor?’”

Elsewhere, Mescal has revealed to GQ what the show's central love story has taught him: "Having played Connell in context with Marianne, it's definitely opened up my mind to the sense that real relationships, whether you're together or not, exist very presently in your life, day to day, even if you're broken up."

Ever since Normal People aired, there’s been no shortage of people willing to step into the romantic shoes of Marianne in real life. I imagine Mescal's DMs will be kept very busy for the foreseeable future.