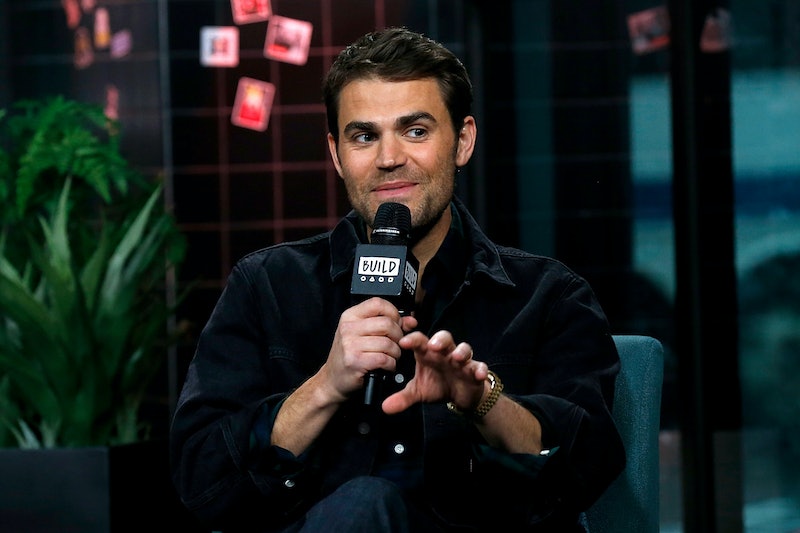 When it comes to series finales, it can be difficult (if not impossible) to find the perfect ending that makes everyone happy; however, Paul Wesley's idea comes pretty close. The actor recently shared his feelings about The Vampire Diaries series finale, which aired back in 2017, and what he would've changed had he been in charge — or rather, who he would've killed. Wesley revealed which TVD character he thinks should've died at the end of the series, and his reasoning behind all of it actually makes a lot of sense.

The final episode of the series saw his character, Stefan Salvatore, sacrifice his own life in order to save Mystic Falls and allowed his brother, Damon (Ian Somerhalder), to go on and live a normal, human life with Elena (Nina Dobrev). But while many viewers may have been satisfied with that conclusion, Wesley had a slightly different ending in mind.

"I think — I honestly think both brothers should have died," he told Andy Cohen while appearing on Watch What Happens Live. "And I feel good about [the ending] although I would have liked that we both died and that Elena — the girl at the end of the show — like, all her memory was wiped and went to live a normal life and forgot that we ever existed. I think that would have been nice."

Wesley has spoken very highly about the show's ending in the past, particularly when it came to Stefan's fate, which he apparently had a hand in deciding. “It was something I was really hoping for,” Wesley admitted to TVLine back in July of 2017. “I’d put in a good word, because I felt it needed end that way. I thought he really needed to die.” He went on to call Stefan's demise "poetic justice" for all of the terrible things he'd done during his time as a vampire — including becoming a ruthless serial killer known as the "Ripper." And even though he'd tried to make amends for his actions a million times over, making the "ultimate sacrifice" felt like the perfect way to fully redeem himself.

Given that reboots and revivals are all the rage these days, though, it's always possible The Vampire Diaries could come back from the dead (so to speak) and live to see another day. However, Wesley highly doubts he'd be apart of it. The subject was broached while promoting Tell Me A Story Season 2 at this year's TCA panel, and while Wesley felt his involvement would be unlikely — given that his character died at the end of the original series — he also didn't think it'd make sense to bring him back considering the whole vampires-don't-age dilemma.

"Can you imagine in like 10-15 years, we're so old looking," Wesley stated to reporters, as per CinemaBlend. "Vampires have an eternal youth. That is, unfortunately, not the case with us."

He's not wrong about that. Seeing an older version of Stefan would definitely undermine the whole vampire concept, but it's still fun to think about. Plus it'd give Wesley another chance to see his dream ending potentially come to fruition.

More like this
This Dark 'Happy Valley' Theory Is Staring You Right In The Face
By Sophie McEvoy
Every 'That '70s Show' Character Who Returned For The Netflix Spinoff
By Grace Wehniainen
Michael B. Jordan Tackled His "Public Breakup" With Lori Harvey On 'SNL'
By Brad Witter
Here’s What Happens To Bill & Frank In 'The Last Of Us' Video Game
By Brad Witter
Get Even More From Bustle — Sign Up For The Newsletter
From hair trends to relationship advice, our daily newsletter has everything you need to sound like a person who’s on TikTok, even if you aren’t.