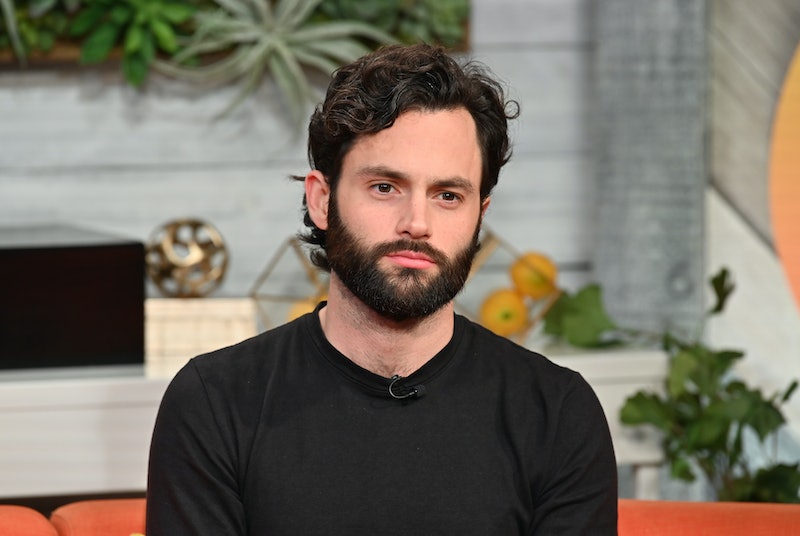 Days after numerous concerning accusations surfaced online, Chris D'Elia's peers are continuing to speak out about the allegations against the comedian. Most recently, Penn Badgley responded to YOU co-star Chris D'Elia's allegations of sexual harassment in a new interview on Tuesday, June 23. The actor also reflected on their hit Netflix show, fearing that it indirectly encourages that type of predatory behavior.

Last week, on Twitter and in a story for the Los Angeles Times, several women accused D'Elia of sexual harassment and soliciting nude photos from them, some of whom were purportedly as young as 16 at the time. The comedian denied allegations that he targeted underage women and said he has never "met or exchanged any inappropriate photos" with his accusers, but apologized for getting "caught up" in his lifestyle. "I know I have said and done things that might have offended people during my career, but I have never knowingly pursued any underage women at any point," he told TMZ.

In an upcoming episode of the Los Angeles Times' Can't Stop Watching podcast, Badgley said he was "troubled" by the allegations against his co-star. "It did affect me deeply," he explained. "I am very troubled by it. I don’t know Chris. I know that, if there’s anything we need to do in this age, it’s to believe women." D'Elia's former co-star Whitney Cummings and fellow comedian Amy Schumer have also spoken out against the comic, standing by the women.

D'Elia appeared on three episodes of YOU's second season, ironically playing a comedian, Henderson, who is later revealed to have preyed on and exploited young women. D'Elia's character was killed off, and Entertainment Weekly has confirmed that he won't return for Season 3. The comic has also been dropped by his agent and manager.

During the interview, Badgley also expressed concerns that characters on YOU like Henderson and his own Joe Goldberg, a serial killer and stalker, inspire similarly harmful behavior in real life. "The idea that a show like ours would indirectly, unwittingly be a haven for people who are abusive is disturbing," he said. "Does a show like ours help to create that culture? Well, I know that at least our show ... thinks about things in a dismantling, deconstructive manner. I would hope that at least our show is not serving to uphold these kind of, like, bunk ways of being and these systems, right?"

Badgley ended his thoughts by saying that action needs to be taken to change policies in place that are biased against sexual harassment victims. "What is really important is to recognize that the policies that underwrite every given system — the practices, the regulations, the laws that underwrite every one of these systems which act as a haven for the individuals that take advantage, namely white men," he said. "I think that we need to remember that that is the level of change we’re looking for."