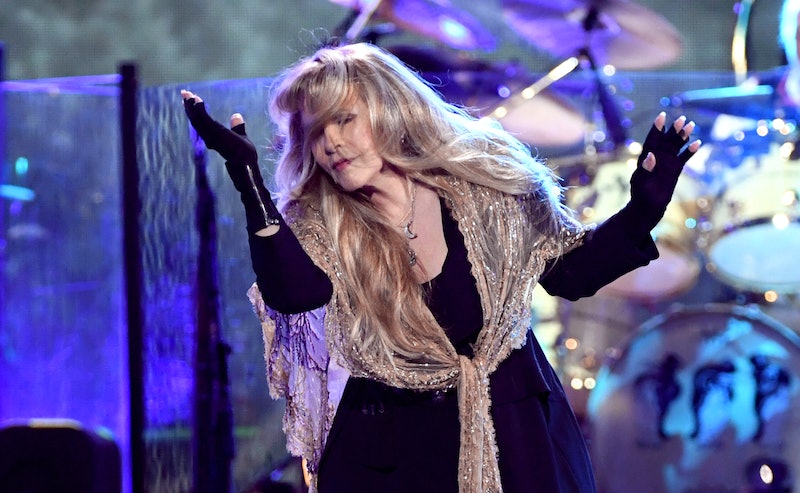 While there are some petitions campaigning for some very worthwhile causes, others are trying to make a practical joke out of the world, and I couldn't be more for it. Remember "Boaty McBoatface" — the result of what happens when you leave the nation to decide the name of a polar research vessel? Well, now the internet is calling for something I think we can all get onboard with. Bringing together one of the world's most beloved bands and most famous restaurants, the internet has started a petition to make Stevie Nicks work a shift at Fleetwood McDonald's.

If you're still stumped, I'm afraid I can't help you, but for my sake, you should definitely go and sign the petition anyway. OK, fine, it's not so much a petition as it is a fake Facebook event, but you'll be sure to rake in a couple of pity likes from your friends if you click "attending." Do it for Stevie, I'm sure she'll thank you for it.

The campaign was created by Facebook page "Be Reet," and it's not the first time they've caused some musical mayhem. In 2018, they managed to rile people up in their campaign to bring Nirvana back — only with Nickelback singer Chad Kroeger replacing the late Kurt Cobain. That atrocious proposition became known as "Nickelvana-Gate," according to the page itself. The fake event "Nirvana Reunion With Chad Kroeger From Nickelback On Vocals," currently has 2,400 people pledging their attendance — including two of my own friends — and 5,900 people who are "interested."

Likewise, the "Campaign For Stevie Nicks To Work A Shift at Fleetwood McDonald's" has 3,000 people "going," and seems to have amassed even more interest than the pranksters' last efforts, as there are 17,000 people interested in the event, at the time of writing, but that figure seems to be skyrocketing each day. I think it's only a matter of time before Nicks herself catches wind of this. Thunder sure does only happen when it's rainin', huh, Stevie?

Why they've singled out Nicks over the other Fleetwood Mac members, I'm not so sure. The joke would work with any of the band, but for some reason, it just seems that much more satisfying that it's Stevie. Just imagine her in her witchy get-up, sprinkling the salt on your fries.

While I'm at it, here are some things you should ask of your Stevie Nicks server if all goes to plan: "sell me fries, sell me free little fries" — you can of course replace "fries" with "sweet apple pies," if that's your menu item of choice. You could also tell her: "Don't Stop," as she pours out the McFlurry, but who knows, if her customer service is really terrible, you might tell yourself you're "Never Going Back Again." Ah, well, "Go Your Own Way," she'll tell you. Ah, Stevie, you sure Make McMuffin Fun.