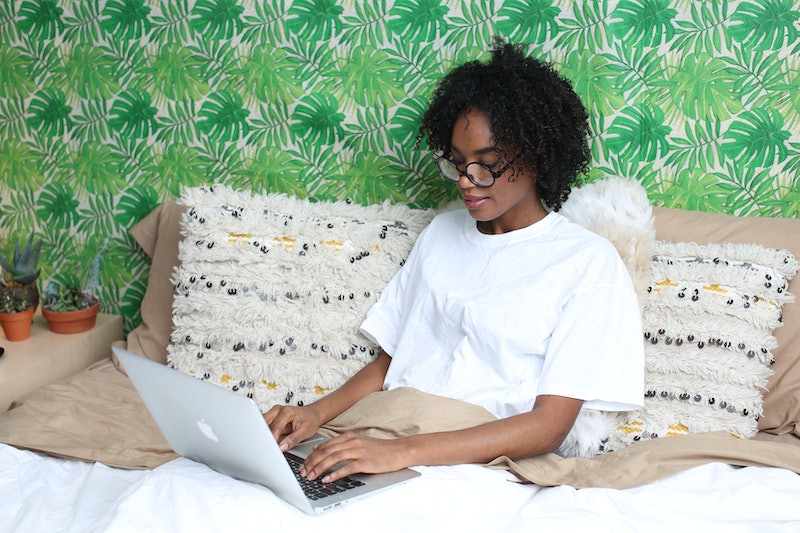 Do wear glasses? Good news: You’ve got something that other people don’t (besides the inability to see objects a certain distance away from your face, I mean). According to a new study, people who wear glasses may be smarter than everyone else. The study comes out of the University of Edinburgh and was published recently in the journal Nature Communications — and although it found a lot of other traits to be associated with intelligence, too, it’s the glasses thing that people have latched onto. To be fair, that’s kind of understandable; many of us have, after all, spent a good deal of our lives getting teased for being a four-eyes. I don’t know about you, but as a lifelong spectacles wearer, I feel very validated and a little self-righteous right now.

For the study, the researchers examined data gathered by the UK Biobank and both the Charge consortium and the and Cogent consortium on the hereditary traits of 300,486 participants between the ages of 16 and 102. Based on their analysis, they identified 148 independent genetic loci that can have an effect on general cognitive function — 58 of which we hadn’t known about before (big news!). How various health attributes might impact general cognitive function made up part of the results — and, it turns out, people who had genes indicating they’d need glasses were found to be around 30 percent more likely to have high levels of intelligence.

However, as Hello Giggles pointed out, not all forms of poor vision had a positive correlation with general cognitive function: Myopia — also known as nearsightedness, in which people can see things clearly up close, but have trouble with distance — had the positive correlation; however, hyperopoia — that is, farsightedness, where people can see distance just find, but have trouble with things that are close — didn’t. So, uh… sorry, folks who only need glasses for reading.

But the study’s results are about more than just bragging rights, of course; the implications are huge. Said University of Edinburgh genetic statistician and analysis lead Dr. Gail Davies to the Independent, “This study, the largest genetic study of cognitive function, has identified many genetic differences that contribute to the heritability of thinking skills.” The fact that we now know the “shared genetic effects on health outcomes and brain structure,” Dr. Davies continued, means that we’ve also now got “a foundation for exploring the mechanisms by which these differences influence thinking skills throughout a lifetime.” Lead researcher Professor Ian Deary noted that analyzing the results more closely might help us figure out more about how cognitive function declines as we get older.

Glasses-wearing wasn’t the only trait the researchers found to be associated with general cognitive function, of course; there’s plenty of other information to dig through here: Smart people were also found to be less likely to have hypertension, suffer heart attacks, develop lung cancer, or have major depressive episodes, as well as being more likely to live longer.

General cognitive function, noted the researchers, matters a great deal when it comes to life outcomes. “Individuals who have higher cognitive function in childhood and adolescence tend to stay longer in education, gain higher educational qualifications, progress to more professional and better-paid jobs, live healthier lives, and live longer,” they wrote — conclusions which are all backed by previous research. But the study didn’t look at causation at all… which is kind of a big gap. After all, a lot of things can factor into how your brain develops — and how your life turns out — than simply what you’ve inherited genetically.

Smarter people, for example, are generally healthier people — but a lot of that is often because they have economic advantages, too: Access to healthy food helps both your body and brain develop better; however, people from low-income communities and food deserts — which are often a result of systemic racism — don’t always have this kind of access, which puts them at a dramatic disadvantage compared to their wealthier, often white counterparts.

Then there’s education: It’s been well-documented that kids from lower-income families often don’t have the same educational access and opportunities that kids from wealthy families do, which can have a ripple effect that people continue to feel all their lives. As Toby Morris’ comic “On A Plate” drives home, two kids could have very different life outcomes based on their economic circumstances growing up, even if they’ve both inherited the same level of intelligence. This, too, affects how your brain and body develop — and how your life develops, as well.

Since this study only focused on genetic traits, I’d be interested to see further research or analysis that sought to find out what happens when you put these traits within the greater context. Environment matters when it comes to intelligence, too; it’s not all just innate talent or what have you.

In the meantime, though, you can read the full study online here. And if you’re a glasses person? Wear them proudly. At least they’re also considered stylish now, too, right?