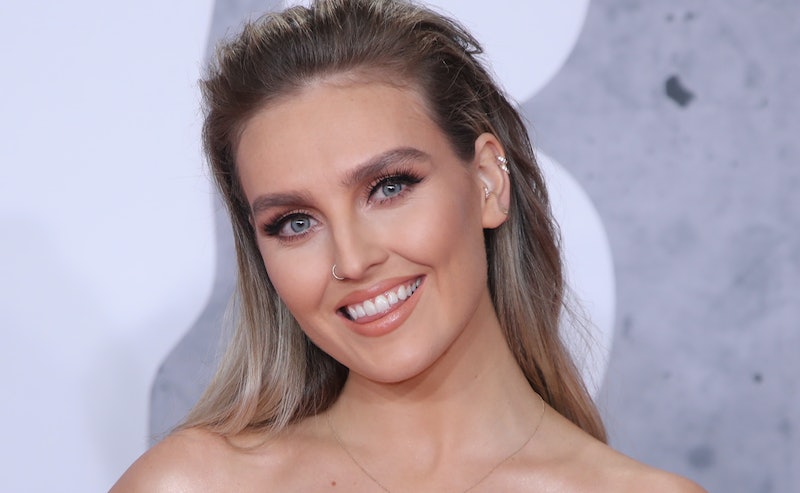 For almost eight years, the ladies of Little Mix have provided us with chart-topping hits to laugh, cry and, of course, dance to. They've be snapped attending the coolest parties and have posted envy-inducing pics from their exotic getaways. But it looks like 2019 marks a new era for the girls as they open up and let us into their personal lives. Jesy Nelson is launching a new documentary with BBC3 about online trolling, and Leigh-Anne Pinnock recently spoke publicly about what it was like to be the only black member of the band. Now Perrie Edward has opened up about anxiety and the struggles she's had with it.

Edwards uploaded a photo on Instagram with a caption detailing her struggle with panic attacks and anxiety. One part said:

"Over the past few years I have suffered really badly with anxiety and panic attacks. When I first started to feel the effects of anxiety I thought I was losing my mind and it terrified me. I felt so alone and like I was the first person in the world to ever experience it."

Of course this isn't the first time that someone so prominent has opened up about their mental health struggles, but the way in which Edwards has detailed her struggle is sure to resonate with so many of her fans.

In her caption, Edwards went on to detail the extent of her panic attacks saying the first one "felt like ... a heart attack." Edwards wrote:

"I was so scared and confused and had no idea what was happening to me. I’m not sure what triggered that first one but it soon spiralled & I found myself in a really dark place, feeling alone and scared."

Although the singer had people around her, she was unable to explain how she was feeling to them, which left her not wanting to leave the house. "I would step foot out the door and feel the overwhelming need to go straight back inside," she writes. "It completely took over my life." Edwards says that, luckily, she no longer suffers from panic attacks, but the anxiety has still continued and "it probably always will."

Edwards honesty and openness is stunning in a time when some elements of mental health are still considered taboo. She said:

"I’ve had a relationship with my mind for 25 years now, so to feel it working against me sometimes makes me feel like a prisoner in my own head... I don’t want to hide it anymore. I suffer from anxiety and I want you to all know if you suffer from anxiety you’re not alone."

This post was met with an outpouring of love and support from her celebrity friends and her Little Mixer fans. Fans thanked her for being so transparent.

It seems that more and more celebrities are trying to open up the conversation surrounding mental health. Last year Deadpool actor Ryan Reynolds said that he's "always had anxiety." Rapper Big Sean posted a string of videos on Instagram talking about his personal struggles with anxiety and depression and singer Bebe Rexha recently revealed on Twitter that she suffers with bipolar disorder. And Edwards' fellow Little Mix member Jesy Nelson is working on a documentary with BBC3 about her struggles with mental health due to the severe online trolling she has experienced.

The photo that Edwards uploaded was also pretty groundbreaking in another way. Edwards has previously admitted feeling insecure about her freckles and covering them with makeup, but in this photo she is baring all. I have no doubt that her confidence and openness will inspire young people all over the world.