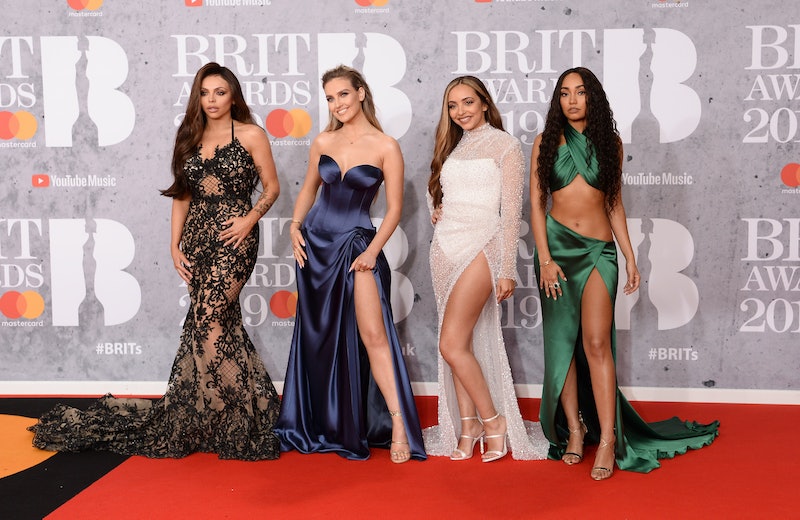 Little Mix have gone from strength to strength since they joined forces on the X Factor. I mean, talk about girl power. Every song they release is a banger, they are total friendship goals, and their clothes are incredible. So in a recent project it has been super cool to get a look at their behind the scenes lives. To see how they enjoy chilling and get a look at their gorgeous homes. All this comfort might be why they are sharing things about their lives, like Perrie Edwards revealing she has no sense of smell.

Edwards revealed that she suffers from a lack of smell, which is known medically as anosmia, is a rare condition. The BBC reports that permanent anosmia is usually caused by traumatic injuries. For example Michael Hutchence of INXS fame, who lost his sense of smell after a brain injury. Edwards shared with the BBC back in 2013 that she has congenital anosmia. AKA, she developed it from complications in the womb, which according to the BBC is usually caused by a nasal condition or brain injury while you are still in utero. Edwards explained to News Beat that the condition can be incredibly frustrating.

"When people go, ah she's cooking a Sunday roast, I'm like, how do you know that. I'm like, this is amazing, it's like magic. I think I smelt coffee once. People are always like, 'Oh, isn't that really horrible?' and I'm like, 'No', because I've never known what it's like to smell. If I'd had it and then it disappeared I'd be like, 'Argh'."

Edwards was discussing her anosmia again because she was taking part in a new project with her bandmates in which smell would come in pretty handy.

The new show is the gals' take on Come Dine With Me. Each episode one of them cooks a three course meal at home as well as providing entertainment and excellent hospitality. Edwards made a delicious Indian inspired meal and it was while she was cooking that she said she wished she could smell all the spices. She lamented not being able to enjoy the scents of her cuisine. Her mum Debbie, who was helping her in her meal prep backed up the statement, explaining how her daughter gets the flavours right. "You know that Perrie can't smell? Taste is what she goes by."

The meal however seemed to go down a treat with her bandmates as she received a super high score, in fact the highest thus far. Not only was her meal, which included samosas, butter chicken, and biryani, delicious but the pudding was lit too. However, she controversially got her neighbour to whip up some brownies instead of making them herself.

Where she really excelled though was her entertainment. She recruited magician extraordinaire Magic Singh who entertained with his incredible illusions.

However the real clincher was the puppies. Yes, Edwards handed them each a pug puppy. And each had a dress on. I mean, 10/10.

All of this left Edwards firmly on top of the scoreboard with only Leigh-Anne Pinnock left to compete next week. Good luck topping the puppies, babe.