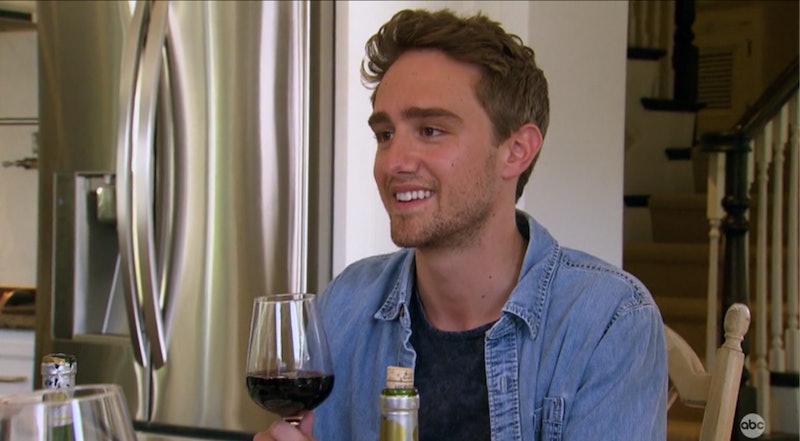 As the promos for Peter's Bachelor season have made abundantly clear, it's that if there's one thing he's more passionate about than finding love, it's flying. We know from Hannah B.'s Bachelorette season that this runs in the family: his parents met because his dad was a pilot and his mom was a flight attendant. But if you take a look at the Instagram of Peter's brother, Jack, you'll soon realize that Peter isn't the only Weber they've passed on their love of aviation to.

Just like Peter, Jack is also a pilot, who aptly goes by the username @jettinjack on Instagram. As such, his feed is full of photos of him either flying a plane or standing outside of one in admiration. Based on his posts, it seems like Jack initially trained at the United Airlines Flight Training Center in 2018 after graduating from UCLA the year prior, and even appears to have served as his dad's copilot during his time in training.

Now, Jack's Instagram bio says he works as a Certified Flight Instructor in Camarillo, California, though one September 2019 photo shows him standing in front of a Delta plane alongside the caption, "Had a blast checking out the new office space today." Peter works for Delta, so it's possible he was just visiting his brother, or perhaps traveling Bachelor fans now run the chance of finding both Webers manning a Delta flight.

Outside of flying, Jack's Instagram shows that – unfortunately for the Bachelor fans thirsting after him – he seems to be in a new relationship. The first photo, posted in October 2019, is captioned, "found myself a real catch."

He's also an apparent fan of cliché captions ("Life isn’t about waiting for the storm to pass... It’s about learning to dance in the rain"), a frequent traveler (he has photos in Australia, Japan, France, and Cuba, among others), and a lover of good drinks. And he's just as close with his family as Peter is; he has number of appreciation posts for his mom, dad, and brother in his feed.

"Happy Birthday to this fun-loving, adventure-seeking, stud-pilot, best friend, role model Brother of mine!" he wrote in 2016. And in 2019, in a birthday post for his dad: "Happy Birthday to the best Aviator I know! Thanks for always leading the way for me and for pushing me to be the best I can be."

Overall, Jack seems to have a lot in common with his older brother – aside from the fact that he doesn't need The Bachelor to find love.