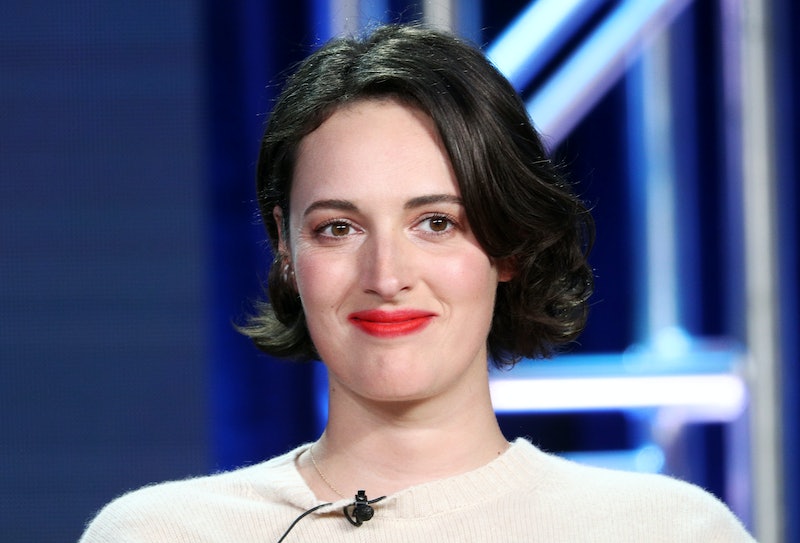 Phoebe Waller-Bridge has quickly become the queen of our hearts giving us all the feels with Fleabag (if you haven't seen it yet I'm not angry, just disappointed). But she's also the brains behind the incredible Killing Eve, a BBC detective series that captures female power in a totally gripping way. So really its only natural that Waller-Bridge would be a lover of the OG girl power pioneers, the Spice Girls. Yep, that's right. Just like us, Waller-Bridge is a fan and she's just revealed her favourite Spice Girl.

According to the BBC, Waller-Bridge told press at the BAFTA awards that her favourite Spice Girl is none other than Scary Spice. "It was because she was scary, a bit like Villanelle, perhaps I've never let Scary go. She was wild, she was out there, she didn't care about what people thought about her. She was just really cool. And wore trousers," she said. The fact that Mel B has influenced the character of Villanelle, is pretty epic, it's like all our girl power icons are coming together. Quite literally the dream.

If you ask me, Jodie Comer's portrayal of Villanelle was nothing short of amazing and BBC America have described her as having "a cold brutality under her innocent-looking exterior." She can be adorable, playful, funny, frightening, warm, chilling, vulnerable, impenetrable… anything you want her to be. As much of a goddess as she is a devil, either way, she is extraordinary. I can definitely see some similarities with Scary Spice (minus the whole assassin part, obvs). The strength and fearless nature of both Villanelle and Scary Spice is exactly why we love these feminist icons. So thanks, Phoebe, definitely a good person to take inspiration from.

It's fair to say that Waller-Bridge and the cast of Killing Eve had a pretty spectacular night at the BAFTAs, picking up three awards. Comer bagged the prize for best leading actress and her speech was pretty emotional. If you haven't seen it yet I would definitely recommend giving it a watch, but have a Kleenex handy and expect a couple of tears, especially when she mentions her Nana Francis. In her speech, Comer thanked Waller-Bridge for being a friend and described her as "the most talented person I know, also an inspiration". Girl power goals.

Killing Eve star Fiona Shaw also picked up best supporting actor, and the series as a whole won best drama series. When Shaw collected her award she thanked Waller-Bridge and described her as "glass shattered genius" and truer words have never been spoken.

Waller-Bridge was also pretty excited to collect the series' award and too right because it was totally her night. She said, "I can’t speak it’s so unbelievably exciting. Thanks for everyone for taking risks. Jodie Comer almost swallowed a wasp in Tuscany. It was a really edgy moment that we did capture on camera." According to Elle a season three of Killing Eve is definitely on the horizon. I could not be more excited to have Villanelle and Eve back on my screen but it looks like we'll have a while to wait because Season 2 still hasn't premiered yet in the UK. Sigh. Still, at least we have a lot of episodes to look forward to.