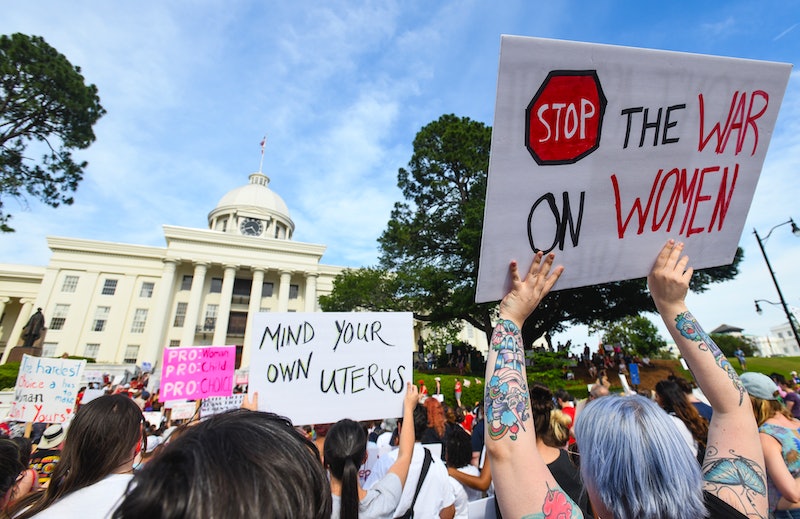 Outraged by Alabama's new near-total abortion ban, demonstrators descended on the state's capitol building in Montgomery on Sunday, chanting popular abortion rights slogans like, "my body, my choice" and carrying signs calling for an end to "the war on women." In fact, photos of the Alabama abortion ban protest show hundreds of people turned up to demand lawmakers protect abortion access in the state.

Sunday's protest comes less than a week after Alabama Gov. Kay Ivey signed legislation outlawing abortion at any stage of gestation with no exceptions for rape or incest. The controversial bill, which makes abortion and attempted abortion felony offenses except in cases where the pregnant patient's life is in danger, is the most restrictive abortion law in the country. Abortion rights advocates have said they plan to challenge the law, which won't go into effect until after six months, in court, Vox has reported

Alabama's ban comes as laws banning abortion as early as six weeks — before many even know they're pregnant — were passed in Kentucky, Mississippi, Ohio, and Georgia.