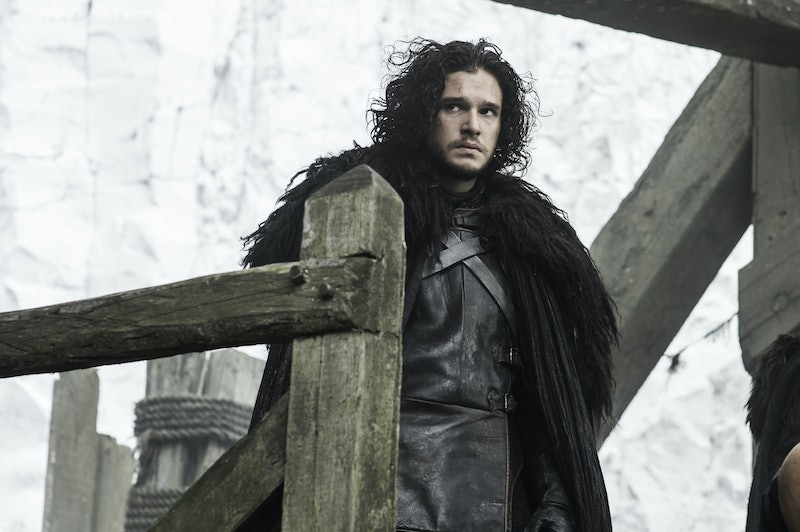 Arguably one of the best, and biggest, TV shows of the decade is Game of Thrones. It's defined itself as a pop culture phenomenon and has attained such a massive audience since it premiered in 2011, turning its cast into world-wide superstars. But Westeros wasn't the first place they took up acting, at least not most of them. Even for the Stark children, and even those who did get their start on the HBO show, the difference between how the Game of Thrones actors looked in their first roles vs. now is striking.

Most GoT cast members started out on TV and film, but quite a few actors also did theater first. Due to the fact that most of the cast is British, some of the shows they started in might not ring a bell for an American audience member. One beloved actor starred in a play about a war horse, another on one got their start on one of the biggest teen dramas in the UK, and yet another did a play with a Marvel villain. It's no doubt that the cast is full of some fabulously talented actors, and their first roles definitely hint at that.

In 2009, Clarke made her first onscreen appearance in an episode of Doctors, a UK medical soap opera following a group of — you guessed it — doctors and their families in the town Letherbridge. Clarke appeared on Season 11 as Saskia Mayer, the daughter of a stalker.

While Game of Thrones was Harrington's first TV show, the actor actually got his big break in theater in 2008 when he performed as Albert Narracott in a staging of War Horse. In the play, Albert's beloved horse gets sold to the army in WWII and it follows his desire to get him back. It was a hit in the UK — Hello Magazine even reported that Queen Elizabeth II even saw Harrington in the role.

Turner was 15-years-old when the first season of Game of Thrones premiered, and it was actually her very first professional role. Before her big break she was a part of the Playbox Theatre Company from the age of three, so it's no wonder she was able to keep up with the role of Sansa Stark.

Maisie Williams, who plays Arya on the show, also got her start on GoT. Williams was 14 at the time of season one's premiere, despite playing an 11-year-old on screen. Over the years, Arya Stark has grown into a fierce and cunning warrior of sorts, and to say Williams has changed as well would be an understatement.

Headey had already had a long career before Game of Thrones. But at the beginning of it all was her role as Young Mary in Waterland (1992). Seeing a teenage Headey is a great throwback if you're a fan of Cersei Lannister (spoiler: she's not evil in this one).

Dinklage studied drama in college, which certainly paid off with his starring role as Tyrion Lannister. He got his first on-screen role as Tito in Living in Oblivion (1995). It's a dark comedy that starred Steve Buscemi as an intense independent film director, and Tito (Dinklage) was an actor for one of his projects.

Ever-charming, just like his character of Jaime, Coster-Waldau has had many roles showing off his suave side. But one of his first roles was in 1993, in the Danish TV movie, Slaget på tasken, roughly translated as The Battle on The Bag, according to Google Translate. His first American role was in the film Black Hawk Down as Gary Gordon.

Christie had a ton of theater experience before joining Game of Thrones, including a 2007 production of Cymbeline, mounted at the Barbican Center, in which she acted opposite Tom Hiddleston.

Isaac Hempstead Wright, who plays Bran Star, also got his start on GoT. He was 12 when Season 1 aired.

Glen has appeared in many theater productions, and has been on countless shows and movies, from Game of Thrones to Downton Abbey. His first TV debut was in 1986 on an episode of Taggart, a Scottish drama about a group of detectives. Glen appeared in Season 2, in the episode "Knife Edge," which revolved around a killer dismembering his victims.

Emmanuel started out in theater, playing Young Nala at the age of 10 in London's West End production of The Lion King. In 2008, she went on to play Sasha Valentine in Hollyoaks, a British teen drama about the lives of those in the fictional suburb of Hollyoaks.

Houten is from the Netherlands, so the first few roles in her career were on Dutch programs. Her first leading role — and her breakout performance — was playing Suzy in Suzy Q (1999), which won her a few awards.

Innocent Samwell Tarly is played by John Bradley, and it was actually his first professional role. He was well-prepared though, having studied drama and theater in college.

Game of Thrones isn't the first well-known show Murray has been on. Actually, she got her debut on Skins in the UK, joining the cast of the controversial teen drama in 2007. Murray played Cassie Ainsworth, a very troubled, eccentric teen.

In 2007, Anderson (aka Greyworm) guest-starred on Doctors as Ryan Garvey, a teen who had a tense relationship with his mother.

Now that we've seen where our favorite Game of Thrones actors started, it's time to look ahead to where they'll end up next. GoT may be coming to an end, but the careers of its actors most certainly are not.