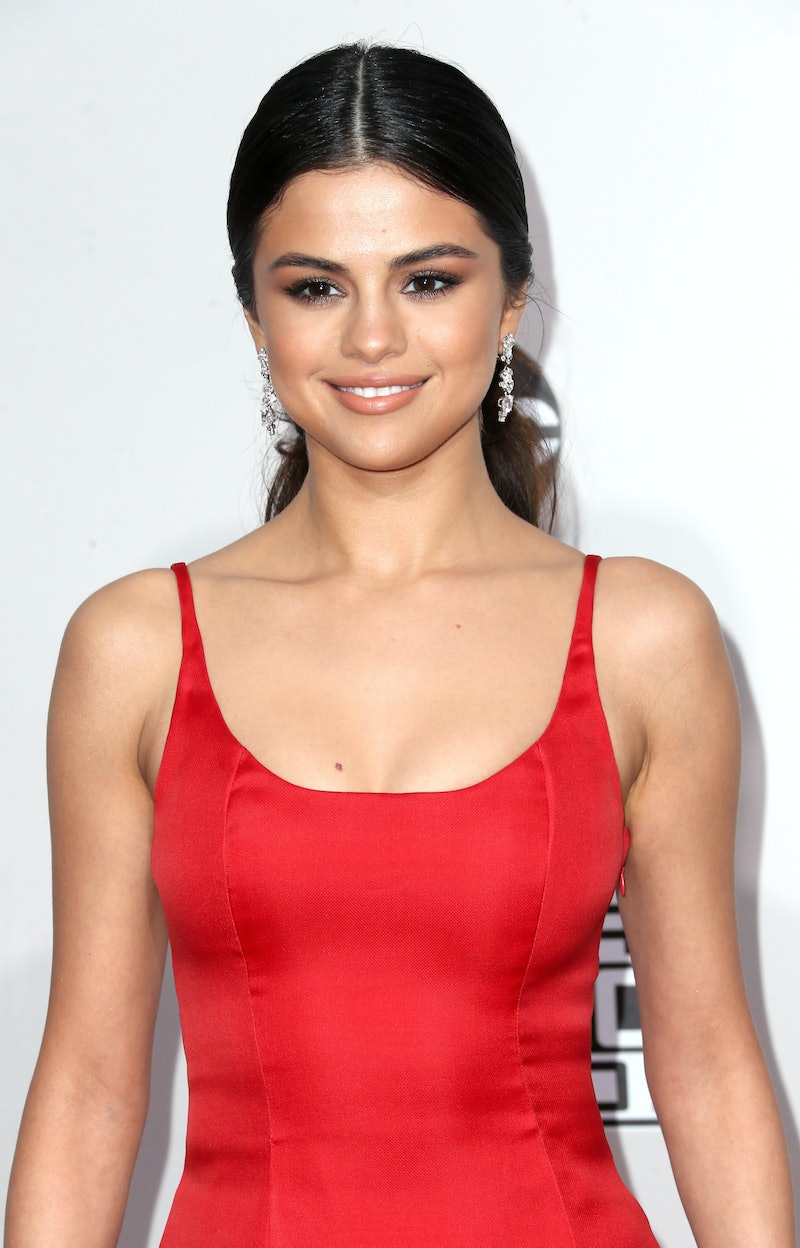 Ah yes, one of the greatest questions of our time: Are Selena Gomez and The Weeknd really dating? The two pop icons keep popping up together, and have been caught holding hands, smooching, and cuddling all across the globe. The evidence seemed to be mounting for a real romance between the duo, and photos of Selena Gomez and the Weeknd together definitely add to the possibility that they're dating for real.

After a January trip to Italy, Gomez reportedly posted a video on Instagram with The Weeknd on a gondola, with a telling heart-eyes emoji in as the caption before deleting it soon after. But the pair stepped out again together recently, on Monday, Feb. 6, for a sky-high dinner date. They also follow each other on Instagram, and often like one another's posts on the platform. If that isn't love, I don't know what is. OK, so maybe that isn't a sure sign that the two are dating, but there is definitely a lot of photographic evidence for their relationship. Like all good detectives, let's do our research and put the photos there are of Gomez and The Weeknd together, so far, in one place, in order to see if this romance is definitely happening.

The first time the two appeared together in public was on the Victoria Secret Fashion Show runway in Paris.

OK, so they were both performers at the show and not there as a couple, but it's important photographic evidence anyway. A few months after the fashion show aired, the first PDA pics were taken outside of Giorgio Baldi's in L.A. The two stars were seen smooching outside the restaurant, and there are (grainy, but still) pics to prove it!

While this sighting alone was not to enough to confirm their relationship status, the two soon departed on a multi-destination Italian vacation. This trip caught the eye of shippers everywhere, and Gomez and The Weeknd also shared plenty of pictures via Instagram and Snapchat.

The Weeknd shared several shots of Gomez to his Insta story, including this one of her wandering through the Uffizi Gallery. This, of course, doesn't really confirm romance, but the two were also spotted holding hands in the streets of Florence. After Florence, the duo moved on toward Venice, where one telling Instagram video was reportedly posted. In re-posts of the video, The Weeknd can be seen lounging in a gondola. Like most of the pics the two artists have posted together on social media, it reportedly was quickly deleted, but you can see it below.

The original post was reportedly captioned with the heart-eyes emoji, so the this is perhaps the most significant evidence yet for shippers. Later in the vacation, while dining out in Italy, the stars weren't as shy about showing affection to the public. In some adorable date night snaps, the two were once again kissing, cuddling, and taking in the romantic sights. There are even more shots of the two strolling around Italy, sometimes even rocking matching outfits, showing their mutual love for retro shades and high-low style.

Now that they're back in America, though, the Weeknd has been mysteriously absent from Gomez' Instagram stories. On Super Bowl Sunday, she posted this hilarious and relatable pic of herself third wheeling (seventh wheeling?) with all her couple friends.

So, where exactly is the Weeknd? Well, maybe he just isn't a football fan. Also, even couples need to a solo night sometimes, so don't lose faith, especially when, just a week before the game, some more Insta-evidence emerged. The Weeknd's manager Tony Sal and his wife, model Rima Fakih, recently had their first child, and the singer took Gomez along to meet the baby boy.

In this Insta-collage posted to Sal's account, Gomez can be seen in the top left corner with the Weeknd and his manager's family. Of course, this still isn't proof that the Weeknd and Gomez are a for-real couple, but it definitely shows how close the two are. Perhaps they'll confirm their relationship at Sunday's Grammy Awards, where The Weeknd is nominated and expected to perform.