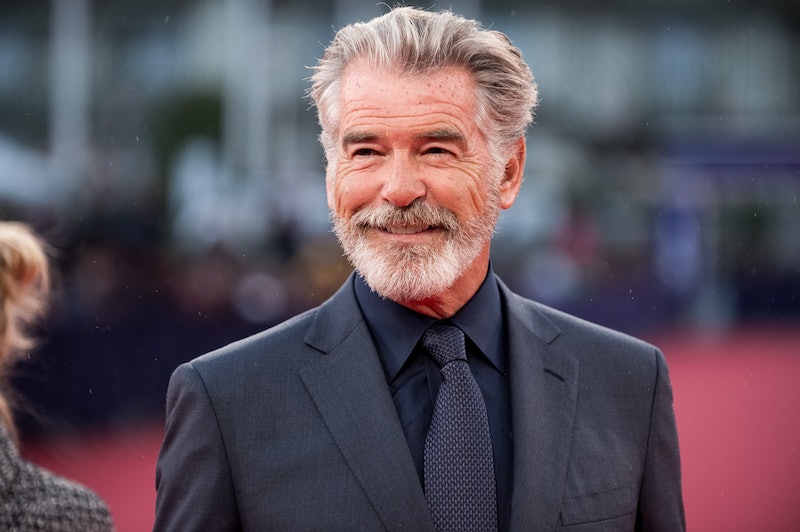 Pierce Brosnan has appeared in four films as *the* James Bond, which means he definitely knows the character inside and out. So, who does he think should next inherit the iconic role, you wonder? There've been lots of rumors about that subject as of late, and Pierce Brosnan really wants a female James Bond, the actor revealed to The Hollywood Reporter. As for whether or not that'll actually end up happening, though ... well, let's just say it's too bad that he's not in charge of casting.

There have been 24 Bond films since the franchise's inception, and the titular role has always been played by a man. Daniel Craig has starred as the legendary secret agent in the last four installments, but that could come to an end after the upcoming No Time To Die. Maybe. Nothing has officially been confirmed just yet.

At one point, Idris Elba was rumored to be replacing Craig in the next Bond film. After Elba shot that rumor down himself, though, there were reports that Lashana Lynch would be stepping into the spy's shoes instead, as she is playing a "007" character in the upcoming Bond film. (However, just because she is playing 007 doesn't mean she'll be the next James Bond.)

When THR asked Brosnan about the prospect of a female in that role, the actor was totally all for it. "Yes!" he told the outlet. "I think we've watched the guys do it for the last 40 years, get out of the way, guys, and put a woman up there. I think it would be exhilarating, it would be exciting."

While that's definitely a bold statement for Brosnan to make, executive producer Barbara Broccoli pretty much said something similar herself. During an interview with The Guardian back in October 2018, Broccoli adamantly declared that "Bond is male. He’s a male character. He was written as a male and I think he’ll probably stay as a male."

Based on what we know about the upcoming No Time To Die so far, it kind of sounds like that's what they've done with Lynch. According to The Daily Mail, the actor will play a character named Nomi, and Nomi might end up taking over Bond's famous 007 code number. "She's not the new Bond, but a new character who takes over his secret agent number after he leaves MI6," a source explained to the outlet.

"There is a pivotal scene at the start of the film where M says 'Come in 007,' and in walks Lashana who is black, beautiful and a woman," the source added. "It's a popcorn-dropping moment. Bond is still Bond but he's been replaced as 007 by this stunning woman."

These details have not been officially confirmed, though, so who knows if it'll actually end up happening. For now, fans will just have to bide their time with reports and rumors until the film comes out in April 2020. And hope that the producers change their minds and give us the female James Bond movie we deserve.