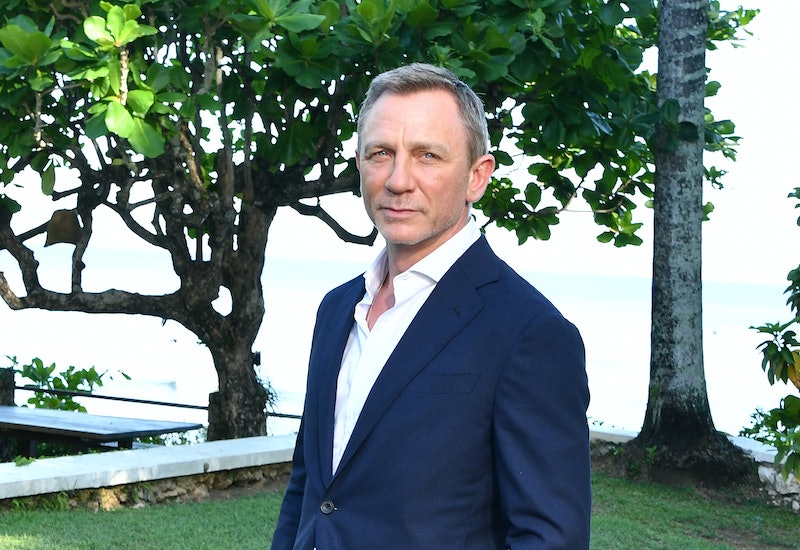 Fans have long called for a woman to step into the role of James Bond, and it looks like the current 007 is embracing the possibility. Daniel Craig's comments on a woman playing James Bond show that the actor is open to someone who isn't a white man taking the reins after him.

In an interview with the U.K.'s The Mirror published Saturday, Craig opened up about the character's future. "I think that ­everybody should be ­considered," Craig told The Mirror of Bond. "Also for women and for African-Americans, there should be great parts anyway, across the board."

Craig's comments come after fans have lobbied for years for Idris Elba to become the next James Bond. Craig didn't mention the actor specifically, but he does raise a good point about Hollywood needing more roles for people of color, and not just within the Bond franchise. For what it's worth, the upcoming Bond 25 will feature several actors of color alongside Craig, too. Rami Malek will be the new Bond villain. And Captain Marvel's Lashana Lynch, as well as Blade Runner 2049‘s Ana De Armas, will also be in the new movie, which is set for release next February.

Bond 25 might be the last time Craig steps into the title character's role. The actor famously said in 2015 that he wanted to "move on" from playing Bond, though he later agreed to reprise the role for the upcoming movie. But his new comments show that he's thinking about the future of the franchise, too.

And while Craig sounds open to future casting directors considering people of all races and genders to be the next Bond, there are plenty of others who disagree. Rachel Weisz (who just happens to be married to Craig) told The Telegraph in February 2018 that she wasn't in favor of a woman playing Bond, because women should have "their own stories" on screen.

Weisz told The Telegraph that author Ian Fleming "devoted an awful lot of time to writing this particular character, who is particularly male and relates in a particular way to women," according to Vanity Fair. "Why not create your own story rather than jumping onto the shoulders and being compared to all those other male predecessors?" the actor said to The Telegraph, according to Vanity Fair. "Women are really fascinating and interesting, and should get their own stories."

And when Charlize Theron was asked if she'd ever play Bond during a 2017 Comic-Con panel, she gave a similar response. "I'm fine with leaving that over to Daniel or to Idris — who I think would be a fricken awesome Bond — and I'll do Lorraine," Theron said of her Atomic Blonde character, according to Marie Claire U.K.

Regardless of what happens with the Bond franchise down the road, women are taking the lead in plenty of action-movie reboots. Men In Black: International, The Hustle, and Ocean's 8 all feature women front and center. Only time will tell whether or not a woman will step into Bond's shoes. But as Craig pointed out, there should be more opportunities across the board, not just in upcoming Bond movies.