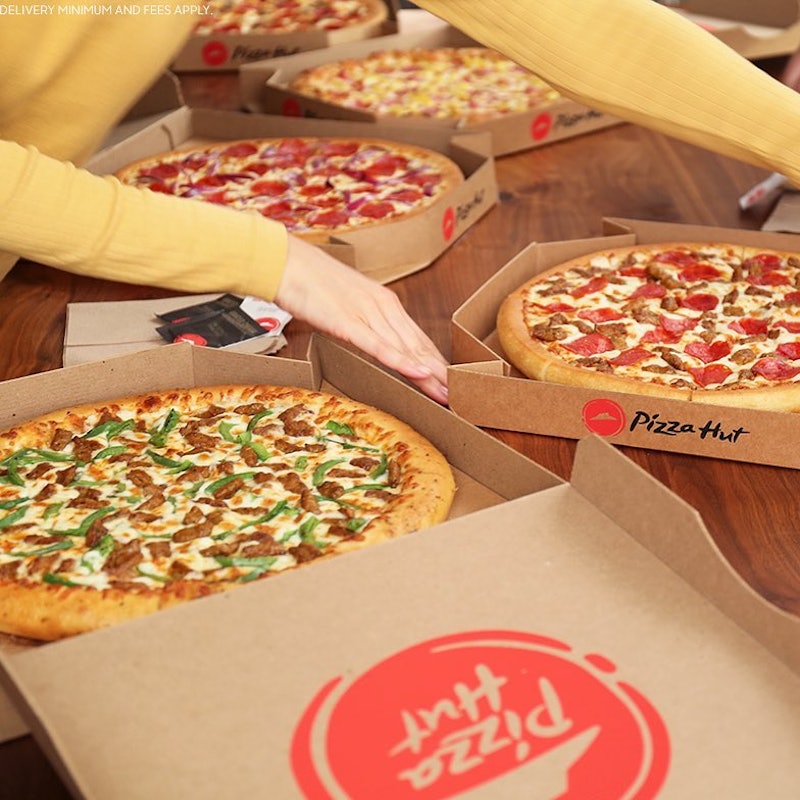 The devastation caused by Hurricane Harvey in Houston and the surrounding region is, quite literally, of historic proportions. Thousands of people have lost their homes to the damage, and there are still people awaiting rescue who have turned to social media for help because emergency services are so overwhelmed. Amid this scene, a few everyday heroes stood out: the employees of a Sugar Land, TX, Pizza Hut, who braved the floodwaters to deliver stranded Harvey victims pizza — via kayak. Okay, no, you’re crying.

Shayda Habib, the manager of the restaurant, went out to check on it after the rain had subsided, and learned of families nearby who were stranded and unable to get food, according to the Houston station KPRC. Habib decided to round up employees, friends, and family who were willing to help get pizzas to hungry victims of the superstorm. She told HuffPost that people were “so happy” to see the team of kayakers bringing piping hot pizza. “One woman was like, ‘You’ve got a customer for life,” Habib said.

"We are so proud of our team for seeing a need, stepping up and helping the community in a time of devastation,” James Bodenstedt, a Pizza Hut franchisee, told KPRC.

Habib, who is pregnant and due in December, told HuffPost that her crew braved waters that came up to their chests, in some instances. “I didn’t want to threaten the life of my unborn son, so I went as far as I could,” she said.

Of course, there are hundreds of people who have stepped up to pool their resources to rescue their fellow Texans who’ve been stranded by the hurricane. According to one gauge, over 50 inches of water have fallen over the region, breaking the previous record and catalyzing major flooding throughout southeastern Texas. Civilians and police forces alike have been using boats, large and small, to traverse the floodwaters and reach people in dire need of assistance. Luckily, experts are predicting that most of the water will recede over the weekend, according to USA Today, but as the flooding subsides, the true scale of the damage will become apparent.

So it kind of goes without saying that finding joy in the midst of this scene, especially through pizza delivery, is incredibly necessary. The idea of being surprised by pizza, via kayak no less, should warm even the coldest heart. In this scary landscape, we need all the joy we can get.