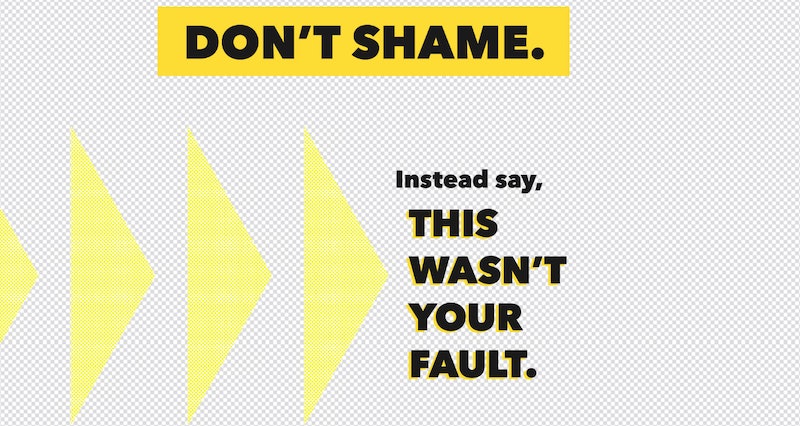 In the past year, the #MeToo and #TimesUp movements have led to so many people coming forward to speak about their experiences with sexual assault and abuse. And larger discussions about the culture of abuse and assault have finally come to light. And yet, many women who choose to tell their story aren't always met with support. While there are sometimes swells of support for victims, there can also be criticism, hounding, and even death threats in response to someone speaking out.

In the most recent example, Supreme Court nominee Brett Kavanaugh faces multiple allegations of sexual assault and misconduct, which have cast doubt over whether his Supreme Court nomination will be successful. In response to the treatment of Kavanaugh's accusers, including Dr. Christine Blasey Ford, Planned Parenthood is taking action and issuing a reminder about the respect, dignity, and compassion survivors should be treated with.

The compassionate treatment of survivors is deeply important to Planned Parenthood and respect for victims is a central part of their ethos. “Every day, staff at Planned Parenthood health centers see patients who have experienced sexual assault, who are disclosing a sexual assault for the first time, or who are looking for resources and support,” Dr. Gillian Dean, senior director of medical services at Planned Parenthood Federation of America, said in a press release. “We listen to patients, we provide referrals in a safe setting, and we help them make their own decisions about what they need — something that each and every survivor deserves.”

If you encounter someone who opens up about their sexual assault, it's crucial that you don't respond with judgment or push for details. Instead, it's important to let them share their story at their own pace and respond with empathy. "Survivors of sexual assault deserve respect," Dr. Dean said. "They need to make their own decisions about what they want to do and what kinds of support they need. Survivors can blame themselves or feel ashamed, so I don’t ask questions that start with ‘Why did you…?’ or ‘Why didn’t you…?’ Instead, I tell them I believe them, thank them for trusting me with their story, and ask them what they need to feel supported.”

Planned Parenthood also recommends that you don't share anyone's story without their permission and reminds us all that assault survivors don't always fit the mold that society thinks they "should" when recounting or responding to an attack. So, if you find yourself listening to a survivor, try to let go of your expectations and just listen.

While it might feel like little can be done to counteract the trolling and harassment of those brave enough to speak out about sexual assault, we can spread positive information about how to treat assault survivors and make sure, when we encounter survivors we treat them with respect and empathy. It's a simple, but important step that we can all take.

More like this
How Getting An Abortion Has Changed From The ’60s Through Today
By Amanda Chatel
Are Gemini & Leo Compatible In A Relationship?
By Kristine Fellizar
Why You're Seeing Green Bandanas At Abortion Rights Protests
By Lexi Inks
34 Quotes That'll Inspire You On Juneteenth & Beyond
By Syeda Khaula Saad and Siena Gagliano
Get Even More From Bustle — Sign Up For The Newsletter