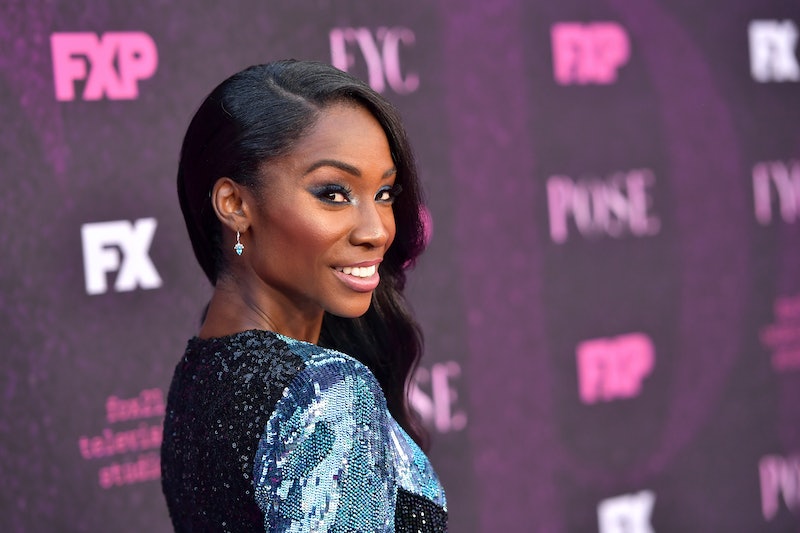 The category is… a historical presidential forum. Pose star Angelica Ross’ upcoming presidential forum on LGTBQ issues will be groundbreaking. Ross, an activist and actor known for her role as Candy in FX’s Pose, is set to host the 2020 presidential forum on LGBTQ issues — making her the first transgender person to host a presidential event of such a significant scale, as first reported by Out. The forum, which will broadcast live on Sept. 20 from Cedar Rapids, Iowa, will feature presidential hopefuls Kamala Harris, Elizabeth Warren, Joe Biden, Pete Buttigieg, Julián Castro, Tulsi Gabbard, Cory Booker, Amy Klobuchar, Joe Sestak, and Marianne Williamson as they discuss LGBTQ issues.

Sponsored by GLAAD, The Advocate, One Iowa, and The Gazette, the forum will be orchestrated by both Ross and Sarah Kate Ellis, GLAAD president and CEO, as they champion LGBTQ-specific issues on the presidential stage — a topic that has been largely absent in the presidential debates so far. With the presidential forum, GLAAD hopes to bring attention to the "more than 124 anti-LGBTQ attacks in policy and rhetoric from the Trump administration, including the president’s ban on transgender Americans from serving in the military and the administration’s opposition to the Equality Act," as per The Hollywood Reporter.

The forum, which will be broadcast live from Coe College’s Sinclair Auditorium, will be available to stream in its entirety on GLAAD’s YouTube channel on Sept. 20 starting at 5 p.m. PST. In a statement, Ellis said of the forum, as per THR, "We look forward to hearing how the 2020 candidates plan to reverse the attacks and rollbacks of the Trump administration and put LGBTQ Americans on a course to 100% acceptance."

On Monday, Sept. 16, Ross took to Twitter to express excitement for the upcoming forum. She wrote, "I’m so READY & excited to be hosting the #LGBTQforum on Friday with @glaad @OneIowa, @TheAdvocateMag and @gazettedotcom to ensure that presidential candidates are talking about issues important to LGBTQ voters! Stay tuned!"

The upcoming forum doesn’t mark Ross’ first time making history on a grandiose scale. In July, shortly after the death of her Pose character, the actor joined the cast of the highly-anticipated American Horror Story: 1984 as a series regular — an achievement that makes her the first trans actor to secure two series regular role. “I am ELATED to make history as the first trans actor to secure 2 series regular roles, leaping from #PoseFX to #AHS1984,” Ross tweeted on July 10. “Thank you @MrRPMurphy for the gift of playing Candy & creating my newest role on American Horror Story! I’m so honored & excited to join the @AHSFX family!!!”

Ross is certainly the ideal host for the upcoming forum given her longtime efforts with LGBTQ activism. In addition to her advocacy work across platforms, the Pose actor also serves as founder and CEO of TransTech Social Enterprises, a program formed in 2014 that seeks to empower the trans community in tech and design. The program offers “education, support, and jobs for trans people facing high levels of discrimination," as per its website.

The LGBTQ presidential forum will broadcast live from GLAAD’s YouTube channel on Sept. 20. On the heels of Ross' historical achievement as host, here's to more groundbreaking opportunities for the LGBTQ community.

More like this
Man Meets Politics: ‘Boy Meets World’ Star Ben Savage Is Running For Congress
By Jake Viswanath
The UK Government Is *Finally* Banning Conversion Therapy
By Sophie McEvoy
Blake Abbie Was In A 'Boys Over Flowers' Reboot Before 'Bling Empire: New York'
By Alyssa Lapid
Hannah Ann Got Engaged 3 Years After 'The Bachelor' & The Proposal Was Dreamy
By Grace Wehniainen
Get Even More From Bustle — Sign Up For The Newsletter
From hair trends to relationship advice, our daily newsletter has everything you need to sound like a person who’s on TikTok, even if you aren’t.