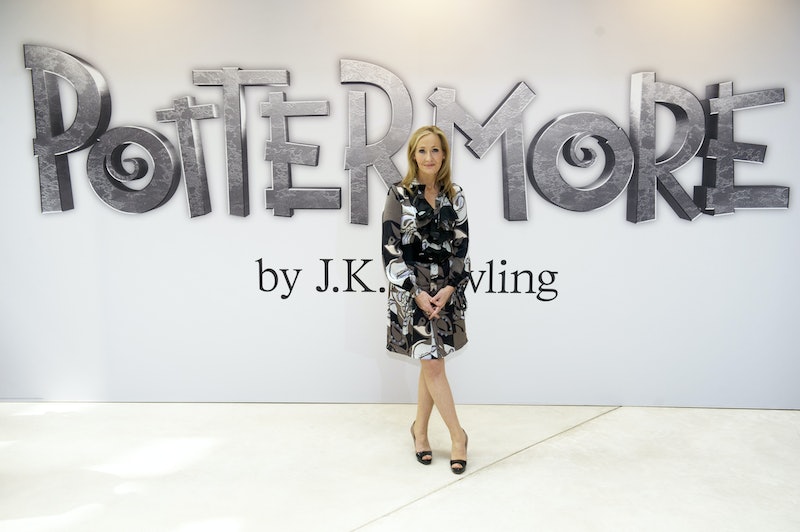 There's a shakeup happening in the Harry Potter fandom. As recently announced in a joint press release from Pottermore and Warner Bros., Pottermore is moving its content to a new website called Wizarding World Digital, which will be a home for both Harry Potter and Fantastic Beasts content. According to Pottermore Chairman Neil Blair, "This venture will widen and deepen what we have been able to do on Pottermore so far. There's no reason now why we won't be able to do something because there's a rights issue. The only limits will be our imaginations and what technology is available."

Since 2012, Pottermore has been the premiere site for Harry Potter fans, offering Potterheads the opportunity to sort themselves into their Hogwarts and Ilvermorny houses, and to find out what their Patronuses really are. In 2015, the website pivoted from an interactive experience based on the seven Harry Potter books to an online repository for new character biographies and other background content. Now, the Harry Potter social-hub-turned-encyclopedia is going to be rebranded as Wizarding World Digital.

For a time, Pottermore was the only place to buy Harry Potter eBooks and eAudiobooks, but that changed when J.K. Rowling's beloved series became available on Kindle and Nook in December 2015. Pottermore Publishing will continue to distribute digital versions of the Harry Potter books, and will be unaffected by the transition to Wizarding World Digital.

Also unaffected by the join venture is Pottermore's editorial team, who will continue to work on Wizarding World Digital content. As reported by The Bookseller, "A new team... established under an incoming managing director... will include those already working at Pottermore." Pottermore's team may be much smaller than it once was, however. In March 2018, Buzzfeed reported that the website "ha[d] sacked the bulk of its editorial staff." Pottermore characterized that upset as "a small number of job losses," which it attributed to "the evolution of the business." According to The Bookseller, Pottermore "[said] that no jobs have been lost as a result of the" new, join venture with Warner Bros.

Pottermore will open as Wizard World Digital later this month.

More like this
10 Must-Read New Books Out This Week
By K.W. Colyard
10 Must-Read Books Out This Week
By K.W. Colyard
Viserys’ Fate On 'House Of The Dragon' Could Differ From The Book In This Surprising Way
By Grace Wehniainen
'The Lord of the Rings: The Rings of Power' Revisits Iconic Spots From 'The Hobbit'
By Darshita Goyal
Get Even More From Bustle — Sign Up For The Newsletter