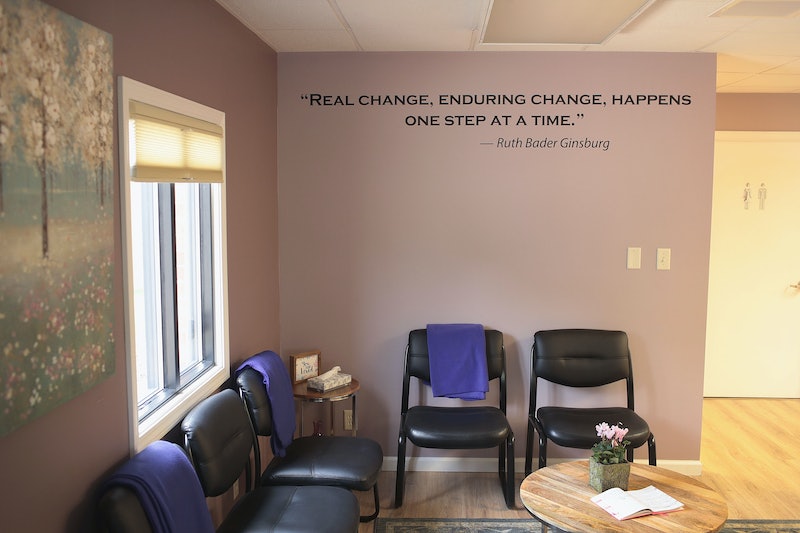 Most people who have received abortions overwhelmingly feel it was the right decision, according to a new study published in the journal Social Science & Medicine on Jan. 12. The study sought to examine how patients felt about their abortion experience over time, and shows that the most common emotion patients felt immediately and years after their abortion was actually relief.

“Our research shows that the overwhelming majority of women who obtain abortions continue to believe it was the right decision,” said Dr. Corinne Rocca in a press release. Rocca is an associate professor in the University of California San Francisco Department of Obstetrics, Gynecology and Reproductive Sciences, and the lead author of the study.

Over 95% of the people interviewed said they were confident their decision to get an abortion was the right one. Based on data originally gathered by the UCSF’s Advancing New Standards in Reproductive Health initiative, researchers found that there also wasn’t evidence that showed people started to regret or develop other negative feelings over time. In fact, at the five-year mark, 84% of people surveyed either felt positive feelings about their abortion, or no feelings at all. Researchers also found that people surveyed had fewer feelings about their abortion in general as time went on.

This newly published research pulled data from the Turnaway Study, which collected information from 667 women in 21 U.S. states over a period of five years. The data looks at various aspects of abortion, including health, emotions, and socioeconomic impacts. With that data, Rocca was able to draw conclusions about the way patients’ emotions developed over time. “This debunks the idea that most women suffer emotionally from having an abortion,” Rocca said in a press release.

Many states require that people seeking abortions to undergo counseling, waiting periods, or hear their fetus’s heartbeat before obtaining care. According to the Guttmacher Institute, 34 states require counseling, 13 give abortion-seeking patients information detailing a fetus’ ability to feel pain, and five require telling the patient that “personhood begins at conception.” Anti-choice politicians have pushed for this counseling under the assumption that people regret having abortions, which has been debunked by this and previous research. Pro-choice advocates say that these counseling requirements can be misleading and ideologically driven, in addition to being medically unnecessary.

Along with the release of her team’s study, Rocca published an op-ed in Salon, urging lawmakers to stop using “false ‘abortion regret’ arguments,” and listed some anonymous responses from the women included in her study. According to Rocca, one respondent wrote, “It was the right thing for me, for my son, for our family… My life would be so different right now.”

More like this
25 Inspiring Quotes From Black Women To Celebrate Black History Month
By Kyli Rodriguez-Cayro and JR Thorpe
24 History-Making Black Women You Probably Didn't Learn About In School
By Ayana Lage and JR Thorpe
How Ovulation Affects Your Sense Of Smell, Libido, & More
By JR Thorpe and Lexi Inks
Twitter Is Identifying With Sally Field & Jane Fonda’s Friendship In New Viral Video
By Jake Viswanath
Get Even More From Bustle — Sign Up For The Newsletter
From hair trends to relationship advice, our daily newsletter has everything you need to sound like a person who’s on TikTok, even if you aren’t.