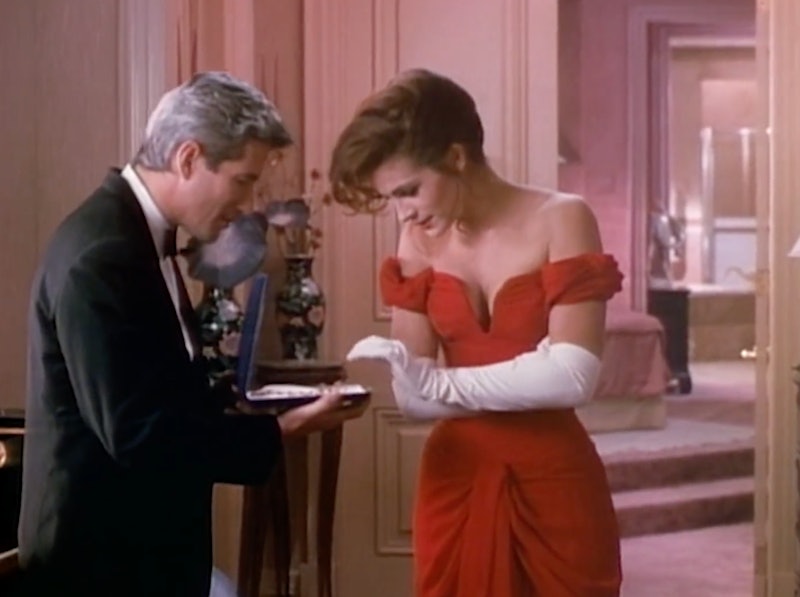 From that red dress to the way Vivian schools Edward on his car there’s a reason Pretty Woman is so many people's favourite film. It’s Julia Roberts at her absolute best. Whether I’m having a night in with the girls or a sick day in bed I’m always in the mood to watch it. If you’re as big a fan of the nineties cult classic as I am then you need to keep your eyes peeled. Pretty Woman: The Musical is coming to the UK in 2020 and pre-sale tickets are available now. This will be the perfect Valentines or Galentines Day present for any Pretty Woman fans in your life.

It may all sound too good to be true but Pretty Woman: The Musical will be coming to London in February 2020. The play, which is based on the film you know and love starring Julia Roberts and Richard Gere, will kick off its time in the UK in London’s Piccadilly Theatre on Feb. 14. It’s too perfect that on the one day that you’ll want to spend with a loved one or loved ones, the best rom-com will be coming town. If you want to secure your place in the audience pre-sale tickets have already gone up on Ticketmaster. And if you buy a ticket before Sept. 12 for one of the performances between Feb. 14 and Feb. 29 2020 there’s no booking fee.

If you’ve got any doubts in your mind that Pretty Woman: The Musical will be just as magical as the film, then don't fear. It's just finished a massive tour across the U.S. The show started in Chicago before moving on to Broadway in New York. Jerry Mitchell, who previously produced Kinky Boots and Legally Blonde, will direct and choreograph the show when it comes to the West End but there’s no word as to who will be taking on the rolls of Vivian and Edward.

It can be tough watching your favourite film be adapted into a musical for the stage. However, I think it’s safe to say Pretty Woman is in good hands. Legendary musician Bryan Adams has co-written the music for the production. Speaking to Press Association Adams said, "I know it's going to Germany this year, it opens in September this year, and then it's going to London next year. I'm excited about it.”

So, if you simply have to see Pretty Woman take to the stage then you can get pre-sale tickets now on Ticketmaster.com and general tickets will go on sale from Sept. 13. The show will be at London’s Piccadilly Theatre throughout 2020 and will be the perfect Christmas present, Valentine's surprise, or just a treat for yourself and your friends.

It may have first been released in summer 1990 but Pretty Woman is as moving today as it was nearly three decades ago. For a hopeless romantic, Vivian and Edwards story melts me every time. Gather your nearest and dearest and make sure you get your tickets while pre-sale is still on.