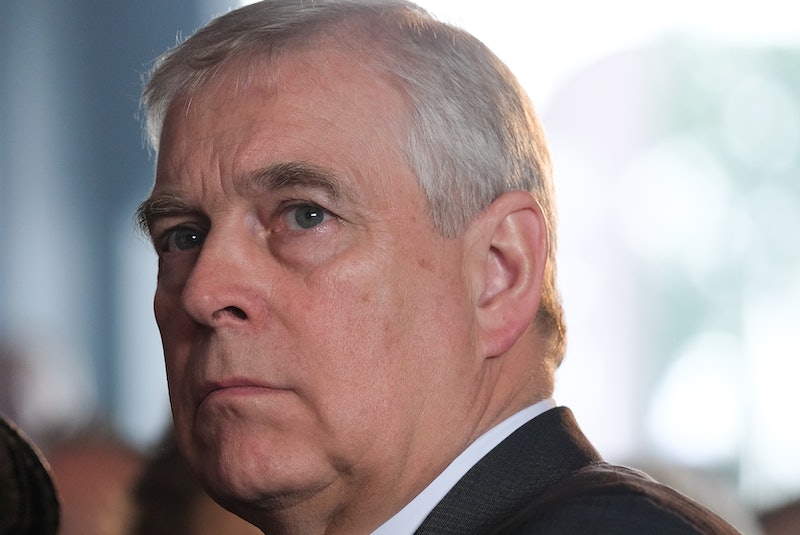 Buckingham Palace released a statement on behalf of Prince Andrew today (Aug. 19 2019) in response to recent reports surrounding 66-year-old American financier Jeffrey Epstein. The financier was awaiting trial for alleged child sex trafficking before he died by suicide on Aug. 10 2019. Today's statements said that the Prince was "appalled" by allegations of Epstein's sexual abuse.

The full statement, per ITV News, reads as follows:

The Duke of York has been appalled by the recent reports of Jeffrey Epstein’s alleged crimes. His Royal Highness deplores the exploitation of any human being and the suggestion he would condone, participate in, or encourage any such behaviour is abhorrent.

It comes after the Daily Mail released a video that claimed to show Prince Andrew inside Epstein's New York home in 2010. At that time, Epstein was a registered sex offender, having pleaded guilty to a charge of soliciting a minor for prostitution, reports the BBC. The royal previously called his friendship with Epstein a mistake and is thought to have stepped down from his UK trade envoy position in 2011 as a result of the Epstein controversy, the BBC reports.

According to recently released legal documents, Prince Andrew had been accused of groping a young woman inside Epstein's home. Per the Independent, another woman claimed she had been forced into a sexual encounter with the prince when she was underage. (Her statement was later removed from the court record, notes the Telegraph.)

In response to the allegations, Buckingham Palace said: "This relates to proceedings in the United States, to which the Duke Of York is not a party. Any suggestion of impropriety with underage minors is categorically untrue."

"There is little doubt that the prince wants the world to know how much he is horrified by what his former friend Epstein is accused of," wrote the BBC's royal correspondent Jonny Dymond. "It was public knowledge that Prince Andrew had kept in contact with the billionaire sex offender after his 2008 conviction. The photo of the two men walking in Central Park in 2010 led to serious criticism of the prince's judgement."

He went on to describe the Daily Mail's video as "a disturbing sight," adding that the palace's statement failed to answer why Prince Andrew was "visiting the house of a convicted paedophile."

Epstein was known for socialising with the rich and wealthy, including the likes of former U.S. President Bill Clinton and current U.S. President Donald Trump. White House counsellor Kellyanne Conway said Trump hadn't seen or spoken to Epstein in years and viewed the charges against him as "completely unconscionable and obviously criminal," per the Associated Press.

He died by suicide on Aug. 10. Attorney General William Barr said that Epstein will continue to be investigated, per the BBC, to find other potential "conspirators."