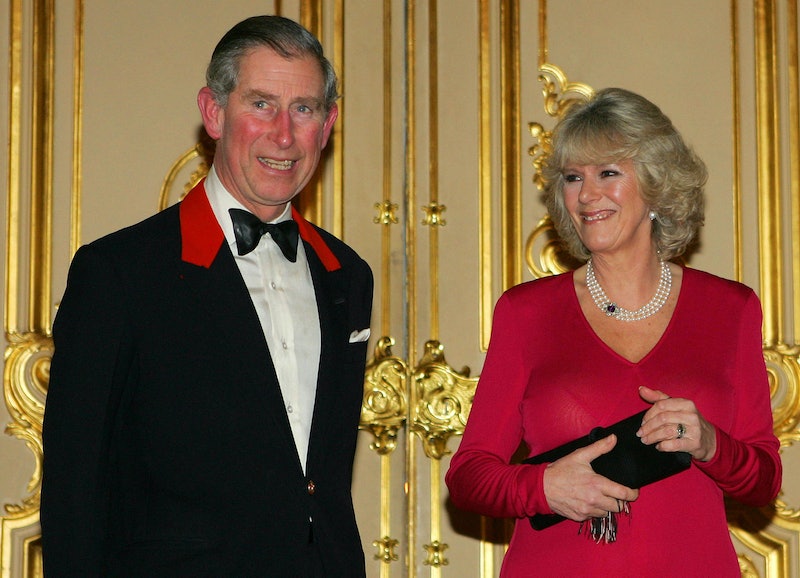 The Crown's third season introduces viewers to a new, grown-up version of Prince Charles and plants the seeds for his eventual marriage to Princess Diana. But before her, there was another woman: Camilla Shand, whose relationship with Charles is by far his longest. The Crown delves into the start of their romance — and how quickly it went downhill.

There are differing reports about how Camilla and Charles met. Some say the two met at a polo match in 1970, and others say the daughter of a former Chilean ambassador named Lucia Santa Cruz introduced them in 1971, believing the duo to be a well-suited match. However it happened, their relationship didn't initially last long; as The Crown shows, Charles was soon stationed abroad with the Navy. E! News calls the move "Charles' decision," but The Crown insinuates it was part of a ploy by the royal family to force the couple apart, likely because of the alleged letters Lord Mountbatten sent Charles discouraging him from marrying Camilla

According to Marie Claire, Penny Junor's book The Firm: The Troubled Life of the House of Windsor quotes one alleged letter from Lord Mountbatten as saying, "The man should sow his wild oats and have as many affairs as he can before settling down, but for a wife he should choose a suitable, attractive, and sweet-charactered girl before she has met anyone else she might fall for."

Camilla, in addition to not having a royal lineage, had also engaged with other men before meeting Prince Charles — notably British Army officer Andrew Parker Bowles, who would later become her husband. Before watching The Crown, some viewers may have assumed that Camilla married Andrew after Charles and Diana got together, but Camilla and Andrew had a romance of their own before she even met Charles.

When Charles went away to the Navy, Camilla ultimately accepted a proposal from Andrew and the two wed in 1973. According to the Express, they then had a son and daughter in 1974 and 1978, respectively. The Crown Season 3 takes viewers up to 1977, but only includes Camilla's wedding — not mentioning (at least not yet) her children. What The Crown does cover, however, is a fling between Princess Anne and Andrew Parker Bowles before he married Camilla. According to the Express, that seems to be true to life, but Anne and Andrew couldn't marry because he was Catholic — not that they were necessarily that serious. Today, Anne and Andrew remain good friends, and were seen together as recently as 2018.

Eventually, Camilla and Andrew filed for divorce in 1994, stating that they'd already been living separately for years. This came on the heels of a rekindled relationship between Charles and Camilla that occurred while he was still married to Diana, and in 1996, Charles and Diana divorced as well. A decade later, in 2005, Charles and Camilla were finally married.

"With hindsight, you can say that Charles should have married Camilla when he first had the chance," Charles' godmother Patricia Mountbatten is quoted as saying in Charles and Camilla: Portrait of a Love Affair. "They were ideally suited, we know that now. But it wasn't possible."

If only it had been, so much trouble could have been avoided.

More like this
Hilary Duff's Husband Matthew Koma Has Her Name Tattooed On His Butt
By Jake Viswanath and Stephanie Downs
Pamela Anderson’s Dating & Marriage History Could Be Its Own TV Series
By Jake Viswanath
Here’s What Happens To Bill & Frank In 'The Last Of Us' Video Game
By Brad Witter
Vanessa Hudgens Is Reportedly Engaged To Cole Tucker
By Jake Viswanath
Get Even More From Bustle — Sign Up For The Newsletter
From hair trends to relationship advice, our daily newsletter has everything you need to sound like a person who’s on TikTok, even if you aren’t.