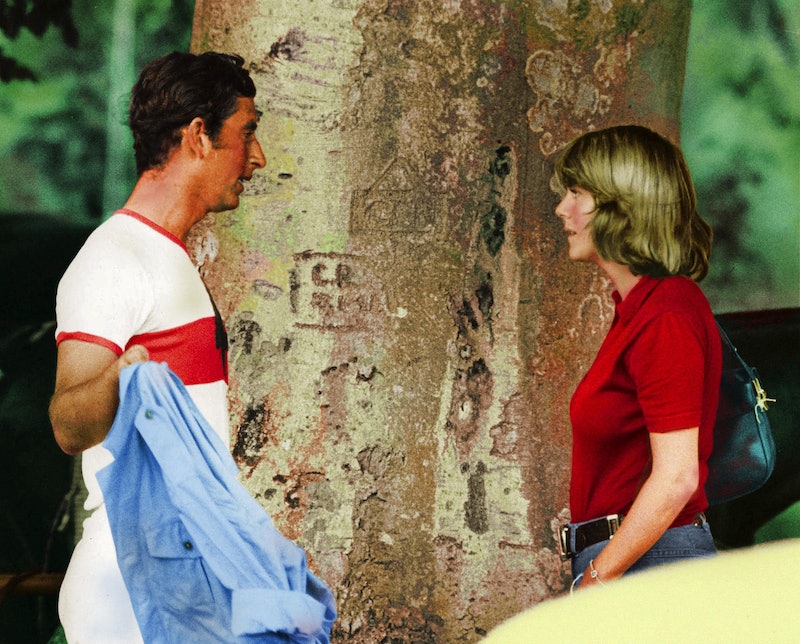 Although it's not scheduled to hit TV screens until the end of the year, fans are already speculating what will be covered in the highly anticipated fourth season of the award-winning Netflix drama, The Crown. The show’s star-studded second cast will return the latest season: Olivia Coleman will pick up where she left off for her final outing as Queen Elizabeth II; Helena Bonham Carter will reprise the role of Princess Margaret; and Game of Thrones star Tobias Menzies will return to his role as Prince Philip. But one royal storyline in particular will definitely not be appearing in season four of The Crown. Yes, Prince Charles and Camilla's tampon-gate will be left out of Season 4.

The new series will cover the ‘80s and early ’90s, a somewhat difficult time for The Firm with significant political events such as the Falklands War and the miners’ strike. But it's the plot surrounding the younger royals, however that has got everyone talking.

One of the more awkward moments in the storyline, however, has been left out of the series. The storyline in question? A phone call between Prince Charles and Camilla during their affair. The incident dubbed "tampon-gate," for those who may not recall, involved a leaked phone call between Prince Charles and then-mistress Camilla, in which they flirtily joked about how Charles wished he could be one of Camilla's tampons. Yep, you read that right.

The axing of the infamous phone call wasn’t down to royal input, but O’Conner himself. In a recent interview with SiriusXM's EW Live, The Crown star revealed that ditching that storyline was one of his only stipulations for taking on the role.

“When they offered me the role, one of my first questions was — I say questions, I think it was pretty much a statement — ‘We are not doing the tampon phone call,’” he said, per E! News.

“Pre-The Crown, I’ve made many independent films, many television shows where there’s a lot of nudity, a lot of slightly dodgy characters, and this was my one chance for my parents to see something with no shame and there’s no way I was going to scuttle that by talking about tampons on Netflix,” he added.

For now, it looks like The Crown won't be touching "Megxit" or any other headlines surrounding Prince Harry and Meghan Markle in the near future, either. According to the BBC, the show's executive producer Suzanne Mackie told PA that the Netflix drama is unlikely to touch this latest Royal Household drama. “To be honest,” Mackie said, “whatever the life of The Crown is after where we are now, I doubt we'll ever go as far into the present day.” We’ll just have to wait and see what the latest season’s drama does have to offer.