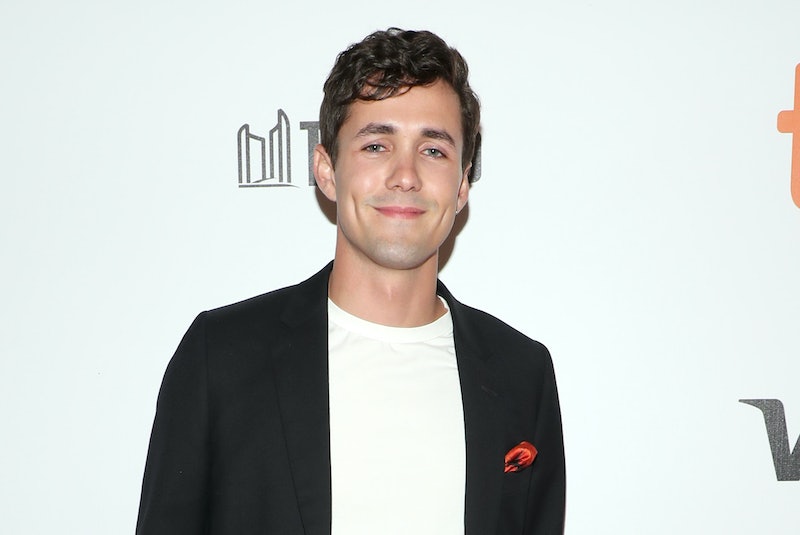 Fans finally know the man who will inspire Halle Bailey's Ariel to give up her voice and leave her life under the sea. Deadline reported on Tuesday, Nov. 12, that Jonah Hauer-King was cast as Prince Eric in The Little Mermaid live-action remake. Disney has not yet confirmed the news, but fans are already embracing Hauer-King as the next Disney heartthrob.

Hauer-King was first rumored to be in the running for Prince Eric in The Little Mermaid movie after Harry Styles turned down the role in September. And, after a round of screen tests, as reported by Variety, it looks like the British actor has won the role. (Bustle reached out to representatives of Disney and Hauer-King for confirmation, but has not yet heard back.)

Like Bailey, Hauer-King is a relative newcomer to Hollywood. His first credit on his IMDb page is from 2014. But in these past five years, he's stacked up an impressive list of projects, including several period pieces fit for a prince. He starred in the 2017 Howard's End miniseries where he portrayed Paul Wilcox opposite Hayley Atwell and Matthew Macfadyen. He also recently played Laurie in the BBC miniseries of Little Women in 2017 — where he showed off his American accent and, in hindsight, appropriately posed by the sea for an Instagram shot.

For American audiences, Hauer-King may be best known for portraying Lucas in 2019's A Dog's Way Home. But his Instagram page should allow people not familiar with his work to get to know him a little bit better. As his previous posts show, he's no stranger to the movie musical, having shared his admiration for La La Land on Instagram, calling it "amazing." He's also a musician — like Prince Eric. But rather than wistfully play the flute, Hauer-King plays guitar. As for his singing voice, a 2017 performance of Leonard Cohen's "Hallelujah" shared on YouTube shows he's got what it takes to keep up with Ariel.

Fans might not recognize his name, but they're already fully on board with the casting, gushing over his striking resemblance to the cartoon Prince.

Fans may have had many other ideas for who could play Prince Eric (sorry, Styles fans), but it looks like Hauer-King is already winning over potential critics. Who knows, he might even inspire a few to make a deal with a sea witch themselves.