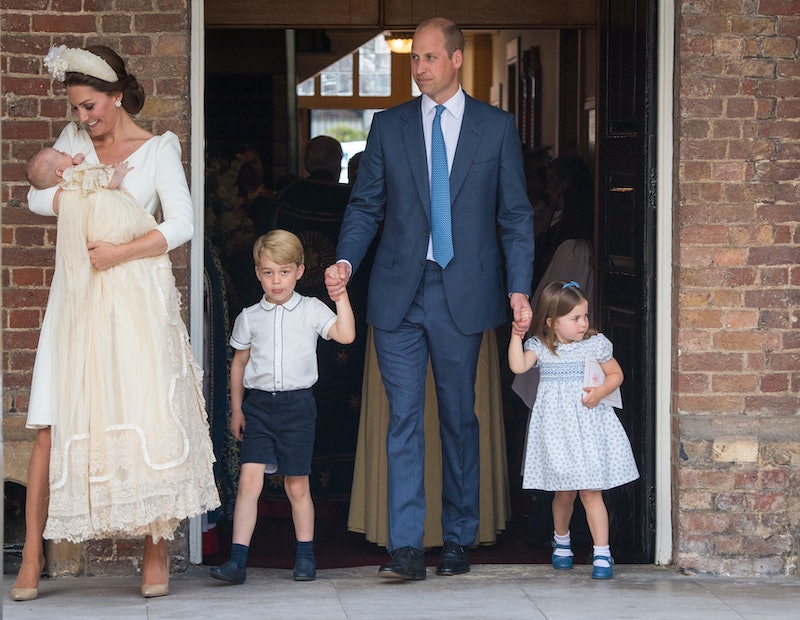 This is one father-son relationship you should be paying attention to. Prince William revealed Prince George loves taking dance, and, yes, it's as sweet as it sounds. At a reception held at Kensington Palace during the week of Oct. 15 for the Radio 1 Teen Heroes finalists prior to the Radio Teen 1 Awards on Oct. 21, William opened up to a 14-year-old street dancer named Junior about how much George enjoys dancing.

"George is doing dancing as well, he loves it," William told Junior, who also set up his own anti-bullying social media campaign and used dance to raise over $389,000 for philanthropies.

As you can watch in the video below shared by Kensington Palace on Oct. 21, William continued telling Junior that in addition to George, his late mother, Princess Diana, also loved to dance. "My mother always used to dance, she loved dancing," he said before encouraging Junior to never give up on his passion, "And if it’s something you love, you do what you love. Don’t let anyone else tell you otherwise. Keep at it."

During his first year of school, George took ballet classes as part of his school curriculum at St. Thomas's Battersea. Per the 2017-18 curriculum listed on the school's website, "Ballet is taught to all pupils in Year 1 by a specialist teacher in one 35 minute lesson per week and each class is accompanied by a live pianist." The ballet class description continued, "The curriculum follows the Royal Academy of Dance Pre-Primary in Dance syllabus. This syllabus develops students’ physical skills, stamina, creativity, expression and musicality, using a range of sounds and musical styles."

William didn't elaborate what kind of dance George is doing, but he could be continuing to take ballet at school. According to St. Thomas's Battersea's website, "Ballet forms part of the curriculum in Reception and Years 1 & 2 and it is a very popular co-curricular activity from Years 1 - 8."

There's also the chance that George is taking a separate dance class outside of school. Whatever the case, William couldn't be prouder of his son finding something he likes to do.

William's talk of dance with Junior didn't only include gushing about George's love of dance. The Duke of Cambridge also inquired about Junior's skill and his choice of dance.

After Junior revealed his focus is street dance, William responded, "Very cool. Can you spin on your head?" The teenager replied, "Not yet." William adorably added, "That's what I always want to ask people who do street dancing. I can't do it, I can't properly dance anyway."

Then, Kate Middleton interjected and jokingly asked her husband, "You don't break dance?" After letting out a laugh, William hilariously replied, "No, but break dancing literally where I break myself, but street dancing is a whole other level."

William and Kate really are the best, aren't they? To see William talk about dance and how rewarding it can be for men and women is truly wonderful. The fact that he not only gave Junior great advice, but that William is so proud of how much George loves dance class, shows how much he wants his own children to succeed no mater what their dreams end up being.