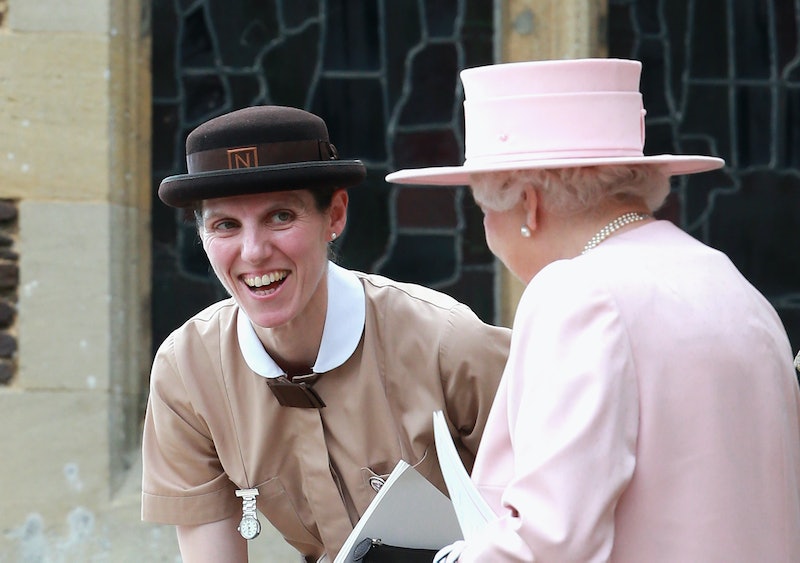 Despite being surrounded by decadence and adoring members of the public, the life of a royal can actually be pretty hectic, and that is certainly true for parents of three, Kate Middleton and Prince William. With tight schedules that consist of meeting world leaders and supporting countless charities, the Duke of Duchess of Cambridge quite rightfully require some additional help when it comes to watching over their little ones — and royal nanny Maria Borrallo is there to help everything run smoothly.

According to The Sun, Borrallo is known for her no-nonsense approach to childcare, and has an unexpected past which involves self-defence training and evasive driving. The now famous nanny was born in Madrid, Spain, and was trained at the prestigious Norland College in Bath — which has coached a staggering 10,000 future nannies since it opened back in 1892.

Ever since the arrival of Prince Louis, Prince George, and Princess Charlotte into the royal household, Borrallo has most likely had her work cut out. Norland College expert, Louise Heren, spoke to Fabulous Online about the royal nanny's skillset. She revealed "There will be no messing. That’s because Maria will be aware that as they step off planes, holding mum’s hands, smiling and waving to the crowds, there can’t be any crying or terrible twos or tantrums."

Heren, who penned the novel Nanny in a Book, also opened up about the services the Norland College graduate will provide for the royal family. She said: "There will be lots and lots of outdoor play, that’s the one thing you could say Norland are old-fashioned about. Loads of fresh air. Lots of bike rides, playing with their dogs, potentially some gardening. Norland are very into teaching children through play," and continued "Yes you are getting mucky with your hands in the soil but you are learning how to plant. If it is tipping it down, they will still go out. Wet weather is just inappropriate clothing, you have to put the right stuff on. It doesn’t have to be strict. Just because Norland Nannies wear the brown uniform, they look quite old-fashioned, that doesn’t mean their message is old-fashioned. It’s no nonsense."

As reported by The Sun, the royal rugrats will be more than prepared when it comes to taking part in public engagements, and their assigned nanny will ensure that each of the children know exactly what is going on, and what behaviour is expected of them. Heren went on to explain how a royal nanny might prepare for such an occasion, by explaining "She’ll say 'This is your opportunity to show Mummy and Daddy just how wonderful you are, and you are to smile and be really good for them and then we can go inside and play.'"

Becoming a Norland certified nanny isn't exactly easy, and can take up to three years to complete the rigorous training. And just in case you're wondering how much a nanny from the college will set you back, prices start from around £26,000, and this massive fee can rise further to around £79,000 for overseas care. However, if the reports surrounding Borrallo's nannying expertise are to be believed, it sounds as if the royals are certainly getting their moneys worth.