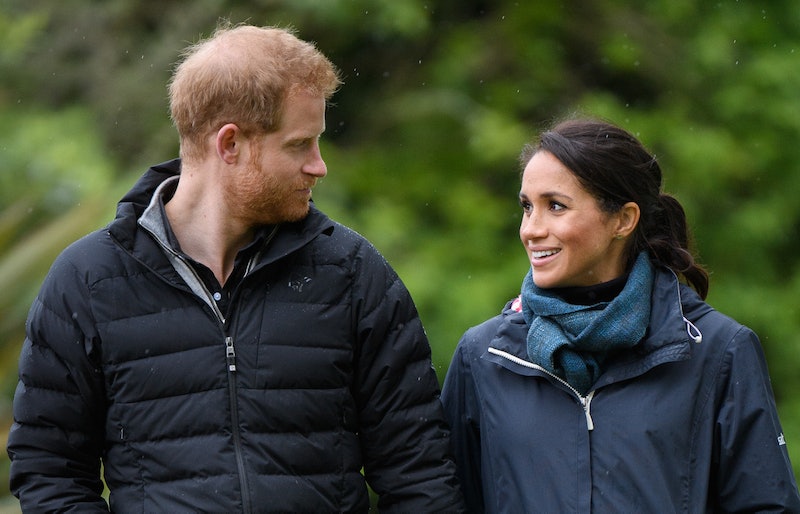 Prince Harry and Meghan Markle gave up their royal titles and duties in March 2020 but have continued to use their platform to raise awareness for causes close to their heart. They spoke out in support of the Black Lives Matter movement and increased education on Britain's colonial past over the last few weeks and it has now been confirmed that the couple are backing the #StopHateForProfit campaign, which is asking companies to hold Facebook to account hate speech hosted on their platform.

"As we've been developing Archewell, one of the areas the Duke and Duchess of Sussex have been keen to address is online hate speech, and we've been working with civil rights and racial justice groups on it. Over the past few weeks, in particular, this issue has become even more vital and they have been working to encourage global CEOs to stand in solidarity with a coalition of civil and racial justice groups like the NAACP, Color of Change, and the Anti-Defamation League, which are calling for structural changes to our online world."

Stop Hate For Profit is an initiative that is calling on companies to boycott advertising on Facebook in the hopes of holding the platform to account for not tackling the spread of misleading information or racist and hateful content.

North Face and Ben & Jerry’s are just a couple of the companies that have pledged support for the campaign. In response, spokesperson for Facebook said that the company invests “Billions of dollars each year to keep our community safe and continuously work with outside experts to review and update our policies. We’ve opened ourselves up to a civil rights audit and we have banned 250 white supremacist organisations from Facebook and Instagram.”

It’s been reported that tackling online hate speech is high on the agenda of issues that Prince Harry and Meghan Markle want to achieve with their new foundation, Archewell, which is named after their son. A spokesperson for the organisation said they have been "working on how to move the tech industry in a more humane direction. This includes their longstanding advocacy for supporting mental health in the social media era, which was a key focus of a visit they convened at Stanford University back in February, and is also fundamentally connected to what they are building into their new organisation Archewell."