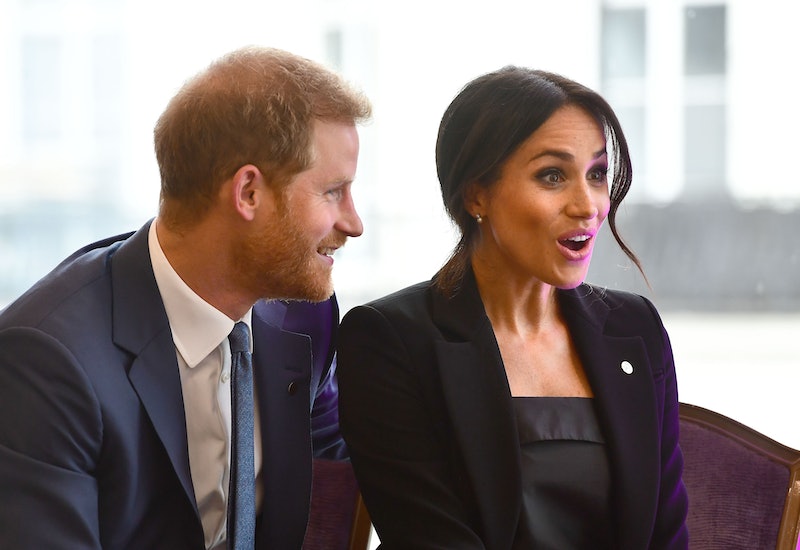 If you're a famous person or anyone of importance, your actual name is rarely saved in phones or used to book hotels and the like. This is especially true for the royal family. Imagine if one of their phone numbers got into the wrong hands. To save the hassle of changing their number every week, VIPs use fake names. And Prince Harry and Meghan Markle's code names have just been revealed.

The paper states that Harry and Markle go by the name of David Stevens and Davina Scott while William and Kate Middleton opt for Danny Collins and the rather Hollywood-sounding Daphne Clark. The royals' security personnel and close aides save these names in their phones to avoid any hackers obtaining personal details.

"If anyone got hold of a phone belonging to a royal aide or security team member, they won't find Harry Windsor and Meghan's names in it," a source told the Daily Star. "It is far too risky in the wrong hands. They get given code names but they are changed regularly for obvious reasons."

The fact that the above names have just been published by the world's media signifies that the royals are probably in need of a name change. Could the Duke and Duchess of Sussex become Daniel Stonehenge and Daisy Smith? Who knows?

Apparently, these code names have already caused some confusion. At a recent event, the Daily Star reports that one of Prince Harry's aides told a worker that someone wanted to speak to him. After presumably seeing the name David Stevens on the screen, the man reportedly said: "Why would I want to speak to him?"

"Imagine the surprise he got when he heard Harry's voice on the other end of the line," an inside source told the paper. Quite. I'll be the first to admit that all of this name business is pretty confusing and requires a person with a pretty good memory to not give the game away. Seeing as I've only just got my head around the Home Secretary being nicknamed Lavender in Bodyguard, that person is definitely not me.

The code names of other famous people have been revealed in the past. Some wouldn't draw attention, but others are much less discreet. Kim Kardashian's (Princess Jasmine) — definitely falls into the latter category.

Splinter reports that the infamous Sony hacking of 2014 uncovered several celebrity aliases. According to a top secret list, Natalie Portman regularly chose to go by the inconspicuous Laura Brown, Jude Law was known as Mr. Perry, and Jessica Alba decided on Cash Money.

Even reality shows use code names to keep celebrities' identities secret until the big reveal. Strictly Come Dancing picks a different theme each year. This year's was all about cheese, according to the BBC. Katie Piper was known as Brie, Lee Ryan was codenamed Roquefort, and Stacey Dooley was the classic Cheddar. Maybe because she's loved by everyone.

The world of celebrities really does get weirder by the day.