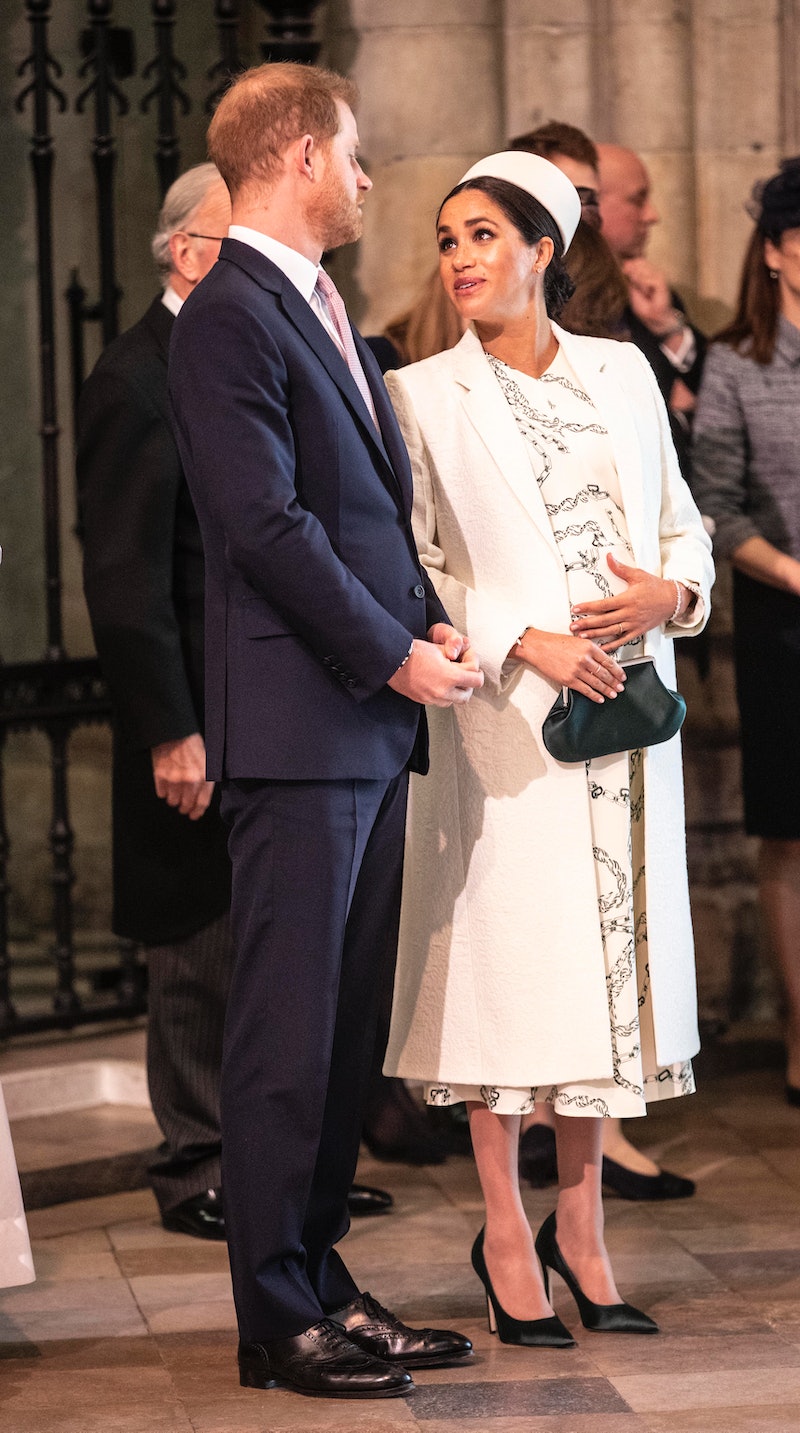 With Meghan Markle's spring due date looming, the Duke and Duchess of Sussex are making one special request for anyone who wants to celebrate the arrival of the next royal baby: Donations instead of gifts, please. In a post made on their brand new Instagram account on Friday, Prince Harry and Markle requested charitable donations instead of baby shower gifts, and since this couple likely already has everything they need to welcome their little one, it could end up being a great way for their fans to come together to change a lot of lives.

Markle and Harry shared a photo of themselves, as well as photos of populations in need and volunteers who work with organizations to help others. In their caption, they wrote that they're thankful for the support they've received from everyone who's looking forward to their baby's arrival, but that they're hoping people will consider making donations to their favorite organizations instead of sending actual baby gifts.

"What an incredibly special surprise the grassroots led #globalsussexbabyshower was last Sunday! The Duke and Duchess of Sussex are immensely grateful for the outpouring of love and support in anticipation of the birth of their first child. In lieu of sending gifts, the couple have long planned to encourage members of the public to make donations to select charities for children and parents in need. If you already made a donation, the couple send you their greatest thanks."

Over the weekend, the #GlobalSussexBabyShower campaign, which was started by royal family fans, encouraged people to spend the month of April donating to some of Markle and Harry's favorite causes, and now, the couple is taking it a step further. They went on to ask their followers to support organizations that are important to them, tagging the Instagram accounts of those organizations in their post — all of which support needy children.

Included were the Lunchbox Fund, which provides nutritious meals to students who need them, the Little Village, which collects toys and clothing for families in need, WellChild, a U.K. organization that helps children with serious illnesses, and Baby2Baby, which helps children under 12 who are living in poverty. Markle and Harry also added that they would be sharing more about these organizations in the coming days.

"The Duke and Duchess remain appreciative for your warm wishes and kindness during this especially happy time in their lives!" they wrote. "Thank you for sharing the love."

This isn't the first time that Markle and Harry have asked for donations in lieu of gifts. When they tied the knot last May, they asked that well wishers support seven organizations that were important to them instead of sending wedding gifts, including small charities and groups that helped people suffering from HIV, homelessness, and women's empowerment.

It's awesome that Markle and Harry are using this special occasion in their lives to make a difference in the lives of others. If they get as many donations as they would have gotten actual baby gifts, who knows what they could accomplish?