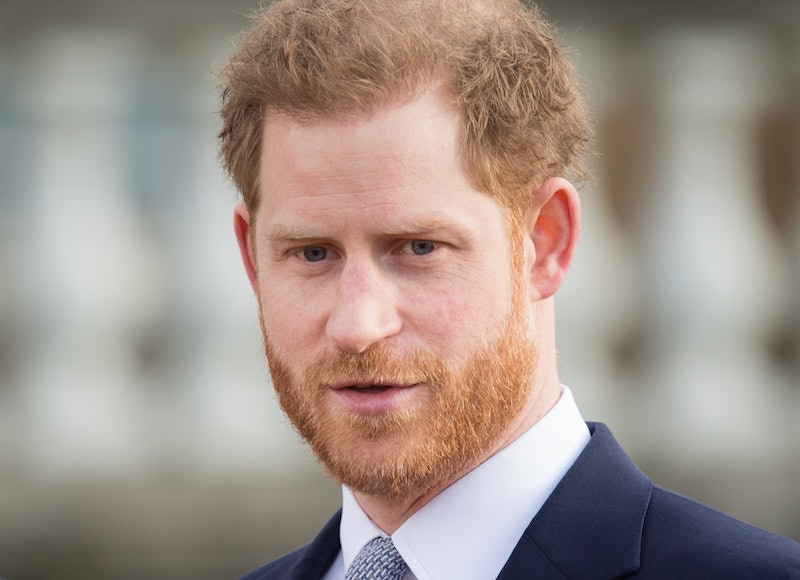 In a whirlwind week for the royal family, Prince Harry, Duke of Sussex, and Meghan, Duchess of Sussex announced they were stepping down as senior members; the Queen released not one, but two, rare personal statements; and Harry opened up in a pretty heartfelt speech. The latter occurred at a Jan. 19 dinner for his charity, Sentebale, which supports young people in Africa with HIV, per ITV. In the speech – his first since the announcement that he and Meghan would step down from their role as full-time royals – Harry spoke candidly, telling the crowd there "was no other option."

Harry preambled his speech with a personal note: "I want you to hear the truth from me as much as I can share, not as a prince or a duke but as Harry, the same person who many of you have watched grow up over the last 35 years, but now with a clearer perspective."

The prince said once he and Meghan were married, they were "excited", "hopeful", and "here to serve." But, he added, "the media is a powerful force." Touching on the couple's decision to step down, Harry said it wasn't "made lightly" and has brought him "great sadness that it has come to this."

"The decision that I have made for my wife and I to step back is not one I made lightly," he added, pointing out that it was his decision, not hers as has been widely speculated and #Megxit implies.

"It was so many months of talks after so many years of challenges. And I know I haven’t always gotten it right, but as far as this goes, there really was no other option," he continued. "What I want to make clear is we’re not walking away, and we certainly aren’t walking away from you."

Harry admitted his hope was "to continue serving the Queen, the Commonwealth, and [his] military associations, but without public funding," adding: "Unfortunately, that wasn't possible."

On Jan. 18, Buckingham Palace confirmed, from spring 2020, Harry and Meghan will no longer receive public funds or use their HRH titles. The couple will also step back from all royal duties, including "official military appointments," and cannot "formally represent the Queen." They will, however, continue with any private patronages and associations, and will pay back funds used to refurbish Frogmore Cottage.

In a joint statement, the Queen said: "Harry, Meghan and Archie will always be much loved members of my family. I recognise the challenges they have experienced as a result of intense scrutiny over the last two years and support their wish for a more independent life ... It is my whole family’s hope that today’s agreement allows them to start building a happy and peaceful new life."

At the Sentebale dinner, Harry said he has accepted the above agreement, "knowing that it doesn't change who I am or how committed I am ... It has been our privilege to serve you, and we will continue to lead a life of service ... I will continue to be the same man who holds his country dear and dedicates his life to supporting the causes, charities, and military communities that are so important to me."

The reason for the royal's speech was made clear when he commented: "I hope that helps you understand what it had to come to, that I would step my family back from all I have ever known, to take a step forward into what I hope can be a more peaceful life ... We are taking a leap of faith — thank you for giving me the courage to take this next step."