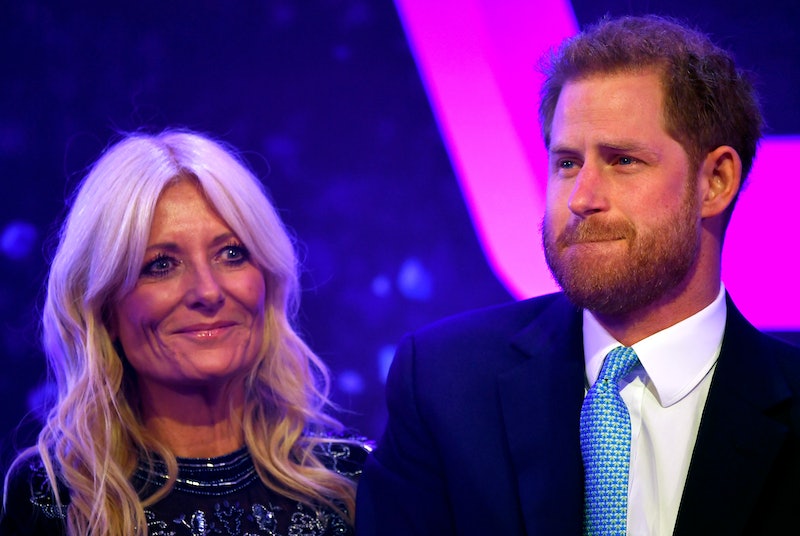 Prince Harry, Duke of Sussex, has an awful lot on his plate of late. Not only is he busy being a HRH and dealing with all the commitments associated with that role, but he's also a first-time parent. So when Prince Harry got emotional during his speech at the WellChild Awards, you could see he was there as a father, not a royal.

Harry is a patron of the WellChild charity, which supports children and young people who are seriously ill and spend a great deal of their lives in hospital. The charity's mission is to change that and make it possible for them to spend more time at home. As they state on their website, "For every child and young person living with serious health needs to have the best chance to thrive — properly supported at home with their families."

The charity's annual awards ceremony celebrates the courage of children and young people with series health concerns. And, guys, needless to say, there wasn't a dry eye in the house when Harry became emotional on stage. And, of course, it was all to do with Meghan, Duchess of Sussex, and his new new son Archie.

Harry shared that the previous year's awards were a whole new experience for him and Meghan as they both had a secret: their pregnancy and impending parenthood. He explained how that made them look at the awards in an entirely new way.

"Last year when my wife and I attended, we knew we were expecting our first child. No one else did at the time, but we did — and I remember...."

This is where Harry had to pause, as he got a little choked up. He continued:

He went on to say that although being an expectant parent changed his thought processes ahead of the event, becoming a dad made the whole thing more real than he ever could of imagined:

"And now, as parents, being here and speaking to all of you pulls at my heart strings in a way I could have never understood until I had a child of my own."

Harry's moving revelation wasn't the only thing learned from the night's proceedings. The Express is reporting that, according to one of the attendees at the event, Meghan confirmed that baby Archie has red hair just like his dad.

Milly Sutherland, who received the Most Caring Child Award in 2018, was at the event with her mum Angela. Angela told the newspaper that she had asked Meghan if Archie had red hair. "Meghan said he has and Harry said he definitely is, you can see it in his eyebrows," she said.

More like this
Olivia Colman Stars In First-Look Trailer For BBC's 'Great Expectations'
By Sabah Hussain and Sam Ramsden
Taylor Swift & Harry Styles Had A Secret Reunion At The Grammys
By Shahed Ezaydi
Alan Carr's 'Changing Ends' Is A Witty Sitcom Based On His Own Life
By Darshita Goyal
Armani Jackson Is Following In His Famous Actor Sister’s Footsteps
By Catharina Cheung
Get The Very Best Of Bustle/UK
Sign up for Bustle UK's twice-weekly newsletter, featuring the latest must-watch TV, moving personal stories, and expert advice on the hottest viral buys.