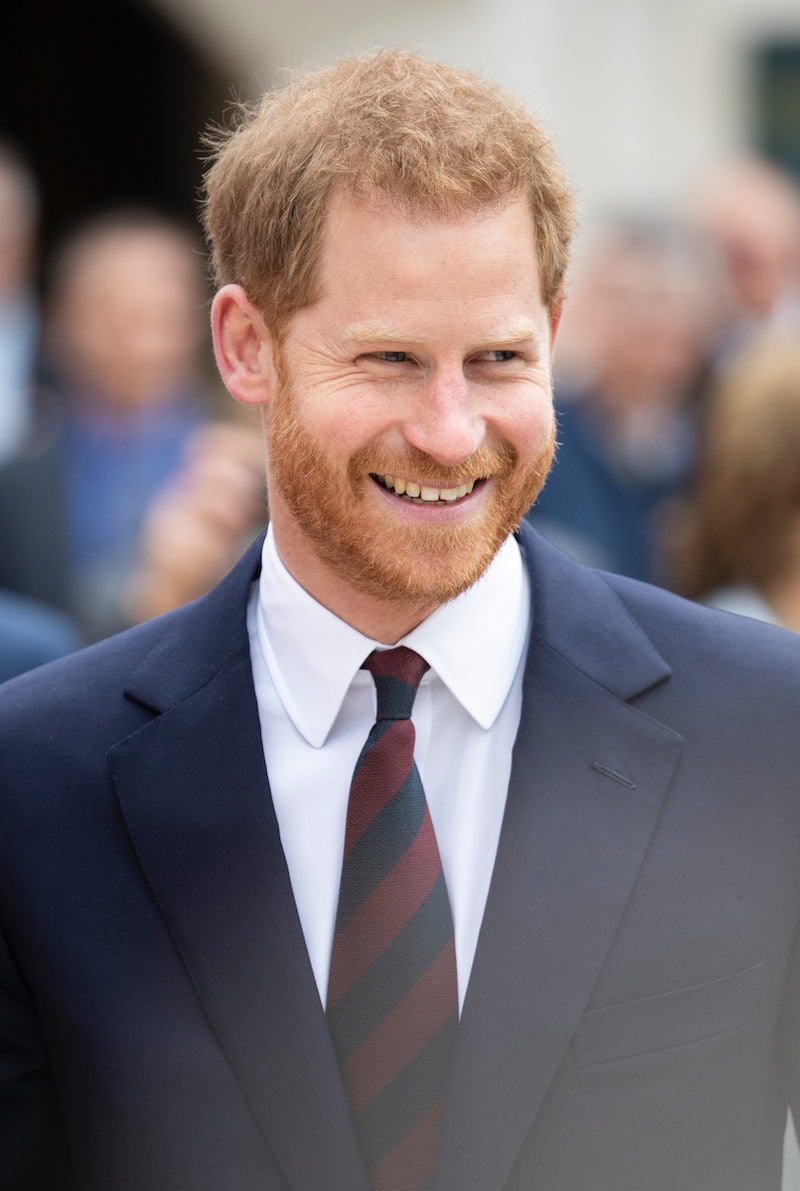 If you needed a pick-me-up, watch this video of Prince Harry taking ballet with a group of little kids. As reported by People, the British royal family member visited the YMCA South Ealing in west London on Wednesday, where Harry practiced his ballet skills alongside a class of 4 to 6-year-olds. As you can imagine, the Duke of Sussex trying ballet, all while attempting to balance with only one foot on the ground is not only entertaining, but extremely adorable.

As you can watch for yourself below, Harry, alongside a group of children taking the class, participated in the "balancing challenge" by lifting his one leg up to his knee and attempting not to fall over. The teacher, Jade Groves, told the class, including Harry, "Arms out, one leg up!" At first, Harry was a bit wobbly, but he eventually discovered a trick. "Pick a spot and stare at it," he can be heard saying in the video below.

In no surprise whatsoever, People reported he praised the children by telling them they all deserved "gold stars." He also told them, "Well done, you were fantastic."

The Daily Mail's royal correspondent Rebecca English also shared a series of videos on Twitter of Harry at the ballet class. At one point, he tried gathering all of the children, who were at first hesitant to come towards him. He adorably said to them, "Come in, don't worry, I don't bite."

While squatting, shaking the kids' hands, and sweetly chatting with them, Harry joked around with a 5-year-old girl named Arya Twydell, according to People. After asking the kids how long they've been taking ballet, she declared, "100 years!" Her response, of course, gave Harry a chuckle.

At one point, Harry went to speak to a group of parents sitting on the side watching the class. He even played with a baby, who was sitting on their mom's lap. Yes, he made faces and playfully stuck his tongue out, too. The baby loved Harry and kept smiling at him. Well, Harry loved the baby just as much, because he declared, "I love that face."

It definitely seems like he's going to be an amazing father once Meghan Markle officially gives birth to their first child this spring. In January, People reported that Markle let her due date slip while chatting with the public during a visit to Birkenhead. "We asked her how her pregnancy was going and she said she was six months and tapped her tummy," a local told People. According to Hello! magazine's Royal reporter Emily Nash, she tweeted at the time, "Meghan has told wellwishers in Birkenhead that she is six months pregnant - due end of April/beginning of May! Lots of baby chat today!"

Based on the way Harry interacted with the ballet class, it sure seems like he's ready now more than ever to finally become a dad. Before he knows it, his baby will be here and they'll be taking ballet class together. Hey, it could happen.