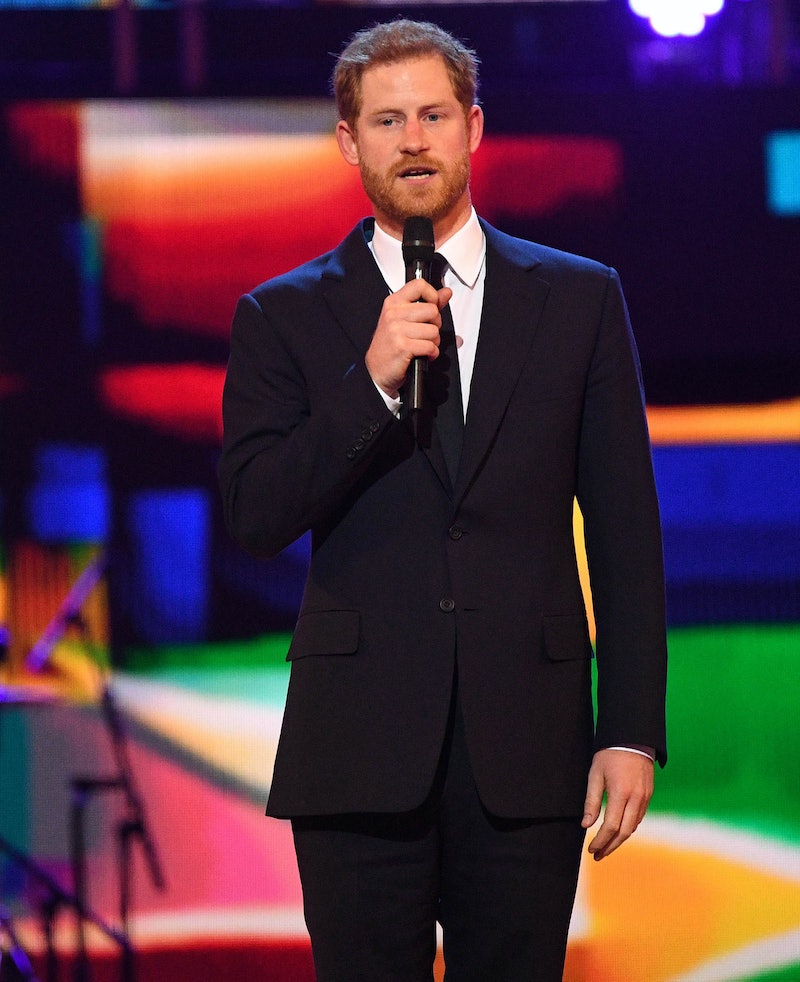 Prince Harry and Meghan Markle's wedding weekend is finally here. And, naturally, fans want to know everything there is to know about the couple. While plenty of details about the May 19 wedding have already been revealed, what about the financial side of things? Prince Harry's net worth is hardly as much as the Queen of the United Kingdom's net worth, but he and Markle still have plenty of wealth between them.

While it's impossible to say exactly how much Prince Harry is worth, experts have made educated guesses about just how much money he has to his name. Prince Harry may be worth anywhere between $25 million and $40 million, according to what global wealth insights firm Wealth-X told TIME's Money magazine.

So, where do those millions come from? As Money explains, an estate called The Duchy of Cornwall is responsible for funding Charles, Prince of Wales, and his family's expenses. The estate pays for Prince Harry's activities, as well as those of Prince William, Duke of Cambridge, and Catherine, Duchess of Cambridge. The Duchy of Cornwall was originally established in 1337 to fund the expenses of Prince Edward, the estate's website notes, and it's been a source of funding for royals ever since.

But the Duchy of Cornwall isn't the only money that goes into estimates for Prince Harry's net worth. The estate of Diana, Princess of Wales, is estimated at $28 million, Money notes. Prince William and Prince Harry each received their full portion of the inheritance on their 30th birthdays, according to Money. Prince Harry's portion of the inheritance has been estimated at £10million, or about $13.3 million, Fortune notes. And on top of the money from the Duchy of Cornwall and Princess Diana's estate, Prince Harry may also have money he earned during his time in the British Army.

Markle's net worth, meanwhile, is significantly less than Prince Harry's, but she's still bringing plenty of wealth into the marriage. Markle reportedly earned $50,000 per episode of Suits, which would have earned her an annual salary of $450,000, Town & Country reported. And that's not including the money she's earned from movies and endorsement deals. Markle may have earned as much as $80,000 a year from those sponsorships, according to KnowNetWorth.com. All told, Markle's net worth is estimated to be at least $5 million, Town & Country notes. By these estimates, she and Prince Harry will have a net worth of at least $30 million together after their wedding on Saturday.

And if you're wondering how Prince Harry's net worth stacks up to his brother's, they're about the same, according to Money's estimates. Prince William and Prince Harry both inherited money from their mother, and they both have their expenses paid through the Duchy of Cornwall. Like Prince Harry's, Prince William's net worth is estimated to be between $25 million and $40 million. Meanwhile, Kate Middleton's net worth is estimated to be around $10 million, Money explains. Her parents reportedly have a net worth between $30 and $50 million on their own, thanks to their successful business Party Pieces, and they may have trusts set up for their children, including Middleton.

Still, while Harry and Markle clearly have plenty of money to work with, their estimated net worths still pale in comparison to that of Queen Elizabeth II. According to Fortune, the Queen's net worth is around $425 million. And that may be a conservative estimate, too — Forbes estimated the Queen's net worth as being closer to $530 million. Prince Harry and Prince William aren't at that level of wealth, but they're still worth quite a significant chunk of change.

More like this
Tyler Perry’s Birthday Note To Meghan Markle Mentioned Struggles She’s Overcome
By Brad Witter
The Royals Publicly Reach Out To Meghan Markle On Her Birthday
By El Hunt
What Is Megan Thee Stallion’s Net Worth? The Traumazine Hitmaker Isn’t Worried About A Budget
By Hugh McIntyre
Gemma Collins' Net Worth Is Only Going Up
By Catharina Cheung
Get Even More From Bustle — Sign Up For The Newsletter