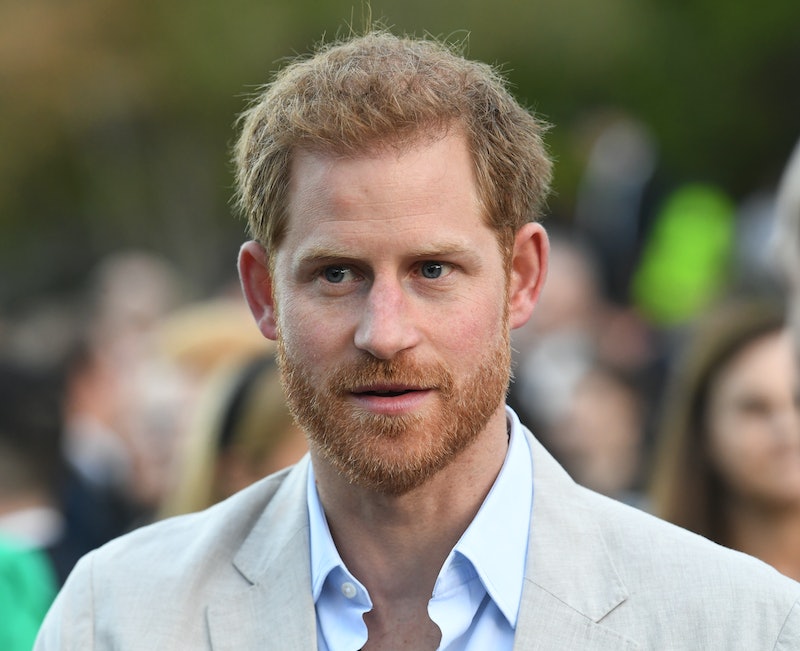 Prince Harry, Meghan Markle, and their newborn, Archie, recently embarked upon their first royal tour as a family. On Thursday, Sept. 26, however, the prince traveled solo to Botswana, while Markle and Archie hung back in South Africa. Each stop on their tour is significant for a reason, but Prince Harry's personal connection to Botswana, in particular, is all about his mom.

Harry was very candid in speaking about his love for Botswana, a place that he's been visiting since he was just a child, as reported by Good Morning America. "Fifteen years I've been coming here, it's a sense of escapism, a real sense of purpose," the now-35-year-old Duke of Sussex told the crowd. "I have some of my closest friends here over the years," he added. "I came here in 1997 or 1998 straight after my mum died, so it was a nice place to get away from it all. But now I feel deeply connected to this place and to Africa."

As royal fans know, Harry and Prince William's mother, Princess Diana, died in a car crash in Paris on Aug. 31, 1997. William had only recently turned 15 at the time of her death, and young Harry was only 12. Shortly before her death, Diana visited Africa for a royal tour of her own.

Fast-forward to present day, and Harry and Markle are visiting the exact same continent. "This [tour] is all about wanting to fulfill his mother's legacy," a senior Palace source recently revealed to The Daily Mail. "This tour will see the Duke and Duchess go back to basics, using their profile in the right way to highlight causes they are both passionate about."

Not only does Botswana hold significance for Harry because of Diana, it now has special ties to Markle, too. Harry first took Markle to Botswana on their third date in July 2016, where they "camped out under the stars" and began to fall in love, the prince explained during an interview with the BBC. They went back again for Markle's 36th birthday in August 2017, and after they announced their engagement a few months later, Harry revealed he'd chosen an ethically sourced center stone from Botswana for Markle's engagement ring — which also included two round diamonds from a brooch that belonged to his mother.

Earlier this month, Harry's private secretary, Sam Cohen, explained why another stop on his solo portion of the Africa tour will be tied to his mother's memory, in addition to Botswana. "In a particularly significant and poignant journey," Cohen explained during a Buckingham Palace press briefing on Sept. 6, per The Telegraph, "the Duke of Sussex will have the opportunity to return to Angola to see first-hand the legacy of his mother the late Diana, Princess of Wales, whose visit to Huambo in 1997 helped raise awareness of the threat posed by landmines to communities and livelihoods."

To say that Africa is an important place to Harry is a bit of an understatement. It's arguably the most important place to him, perhaps second only to his home country. It's beautiful to see him carrying on his mother's legacy there today, as well as creating a new legacy of his own with Markle and Archie.