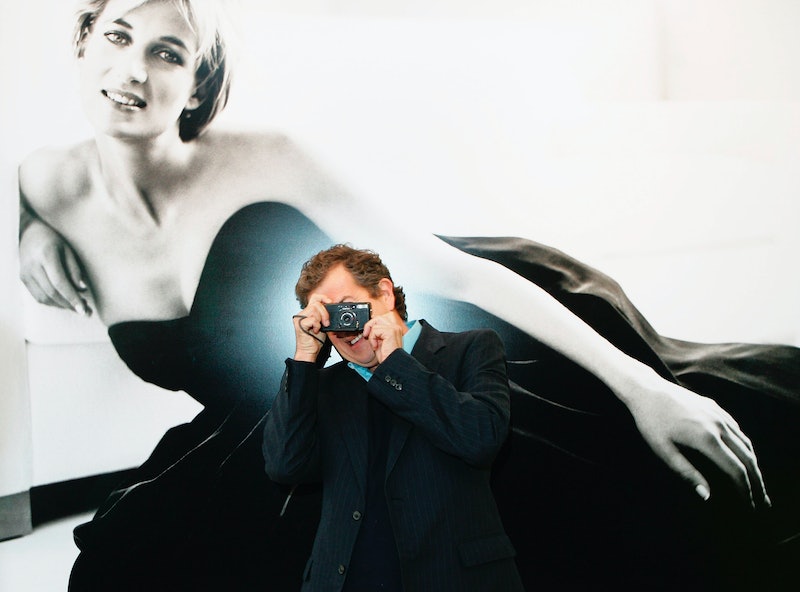 It's hard to believe it's been 20 years since the death of Princess Diana. The somber anniversary is being marked by the new HBO documentary, Diana, Our Mother: Her Legacy, which takes a look at the person she was and the impact she left on the world. And although the film doesn't delve into it much, part of that impact affects how the paparazzi pursue celebrities. But just how have paparazzi laws changed since Princess Diana's death?

Diana died in a car crash in Paris on August 31, 1997. She and her partner, Dodi Fayed, were traveling in a car driven by security expert Henri Paul at high speed while attempting to avoid paparazzi, who allegedly were dangerously pursuing them in an attempt to nab photos of the tabloid-favorite couple. After the crash, some of the photographers on the scene attempted to help the victims, while others infamously stood by and took photos of the wreck. Their behavior led to a massive outcry among the public, who largely placed the blame for Diana's death on the paparazzi. A later investigation by British authorities found the paparazzi and Paul, who was legally drunk at the time of the crash, to be equally at fault, but in the public space it remains the paparazzi whom most people blame for the accident.

One change to the paparazzi's conduct after the incident came not from from the law, but from within the media itself. The Press Complaints Commission is a self-regulatory body in the U.K. that offers a code of conduct for those who cover celebrities, and shortly after Diana's death, it added the following clause in an attempt to prevent another tragedy from happening again:

"i) Journalists must not engage in intimidation, harassment, or persistent pursuit. ii) They must not persist in questioning, telephoning, pursuing, or photographing individuals once asked to desist; nor remain on their property when asked to leave and must not follow them. If requested, they must identify themselves and whom they represent."

In the United States, California passed the nation's first anti-paparazzi law in 1998 as a direct reaction to Diana's death. The law prevented photographers from trespassing on private property, but wouldn't have prevented a case like Diana's. In subsequent years, the law has been strengthened. In 2005, a clause was added stating that photographers cannot make physical contact with their subjects. Finally, in 2010, the a law was passed to prevent paparazzi from driving recklessly in pursuit of a photo — a clause that was no doubt inspired by Diana's death. This law was deemed unconstitutional by a court in 2012, but that ruling was overturned by an appellate court in 2015, and the law is currently in effect.

It's clear that Princess Diana's death had an effect on the paparazzi, but there remain incidents where photographers behave dangerously. Perhaps with renewed attention on Diana's death thanks to the anniversary, more photographers will think of the consequences of their actions when trying to snap their next salacious photo.