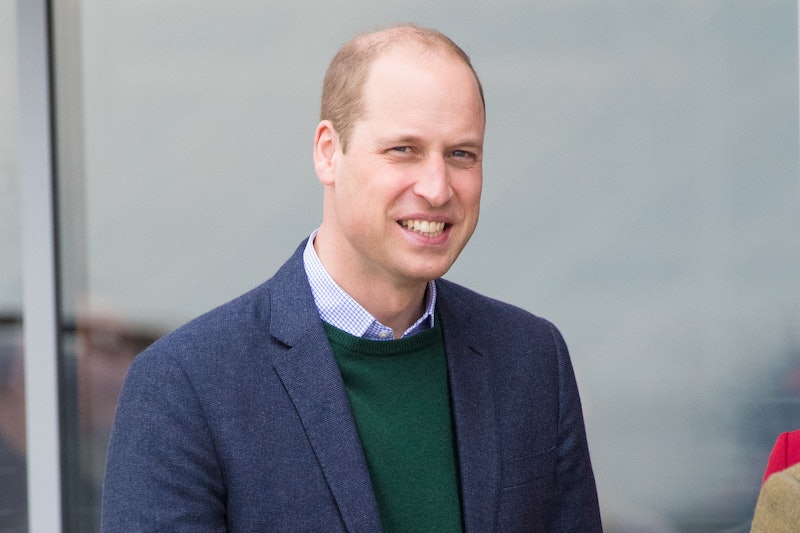 Princess Diana passed away over 20 years ago now, yet her legacy lives on. Lots of people still hold her dear in their hearts and feel the need to celebrate events in her life. For example, July 1 2019 would have been her 58th birthday. So, in order to celebrate that milestone, a crowd assembled outside Kensington Palace in honour of her memory. However, the day was made extra special for them when Prince William greeted them outside Kensington Palace.

The Evening Standard reports that the group were left astounded when, at 6.45p.m., the Duke of Cambridge himself walked up and said hello. He stopped and chatted a while with the group, shaking their hands and showing appreciation for their celebration of his mother's memory.

Speaking to the Standard, one royal fan explained how excited he was about the whole situation. John Loughrey said he couldn't believe his eyes. Which is understandable because, like, how would you react if actual Prince William cruised up to you and shook your hand? Loughrey said:

"I'm still in a state of shock. I felt like I was seeing things, and thought it was maybe the lookalike. It shows what a very compassionate human being he [Prince William] is, thinking of other people's feelings on his mother's birthday."

As the Telegraph explains, Princess Diana wasn't born a princess, or even a lady. She was born Diana Frances Spencer. She was, however, the daughter of a Viscount and, when he became an Earl, she became Lady Diana Spencer. Her family was inextricably linked to the British royal family, with several of her family members having worked for them. She married Prince Charles in 1981 and became Princess Diana. Despite their divorce meaning she lost the HRH status, she kept the title of Diana, Princess of Wales.

Diana was a philanthropist and was active in several charitable organisations including HALO, which her son Prince Harry has recently shown support for.

After Diana's death in 1997, the world was left reeling. However, her memory is far from forgotten. Especially considering the amazing charity work that her sons have carried out since. William and Harry set up a joint charitable foundation over a decade ago. Although just recently Harry and Meghan chose to leave the Royal Foundation because they wanted to focus more on their own global mission.

Prince William spoke earlier this year about the toll his mother's loss left on his mental health and how it really helped him empathise with people when he worked in air ambulance, as the Telegraph reports:

"I've thought about this a lot, and I'm trying to understand why I feel like I do, but I think when you are bereaved at a very young age, any time really, but particularly at a young age, I can resonate closely to that, you feel pain like no other pain. I felt that with a few jobs that I did, there were particular personal resonations with the families that I was dealing with."

Hopefully he will continue to spread his mother's message of positivity, love, and hope.

More like this
Turns Out George Clooney Is A Huge Fan Of This Classic British Game Show
By El Hunt
David Beckham’s Controversial Qatar Deal Skyrocketed His Net Worth
By Catharina Cheung
Rita Ora Finally Opened Up About Marrying Taika Waititi & Their "Perfect" Wedding
By Sophie McEvoy and Catharina Cheung
Emily Atack’s Net Worth Would Make Charlotte Hinchcliffe Proud
By El Hunt
Get The Very Best Of Bustle/UK
Sign up for Bustle UK's twice-weekly newsletter, featuring the latest must-watch TV, moving personal stories, and expert advice on the hottest viral buys.