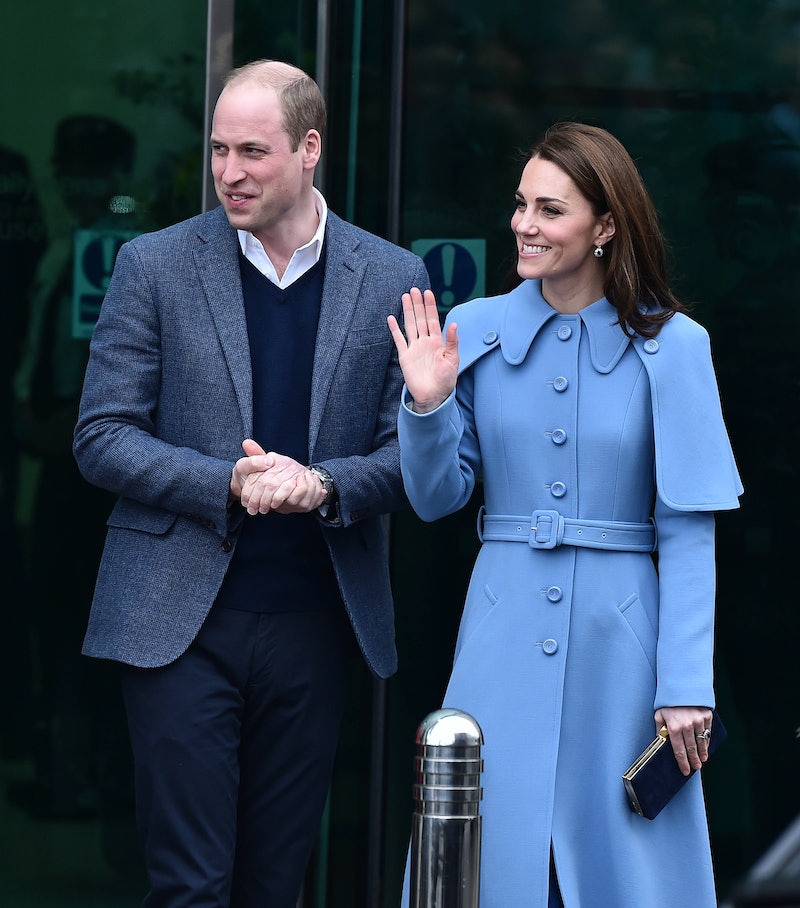 After weeks of speculation about when the newest royal baby would be born, this week, he finally arrived. On Monday, Meghan Markle and Prince Harry welcomed their first child, and so far, their baby's birth has been so private that he hasn't even met his aunt and uncle yet. Later in the day on Monday, Prince William and Kate Middleton shared a post about baby Sussex on Instagram, and although it seems like they're both very excited about their new family member, it also really showed how much the baby's arrival has been kept on lockdown.

On Middleton and William's official Instagram account, they reposted Markle and Harry's original birth announcement they shared on Monday morning. The announcement shared the news that the baby is a boy, along with the details of the birth and the promise that more details would be shared in the coming days.

Added to the caption was a few sweet words sharing Middleton and William's reaction to their new nephew's birth. The post said:

And that's not all that Middleton and William have had to say about the new baby. On Tuesday morning, Emily Andrews, a royal correspondent for The Sun, caught up with the couple at a sailing event in London, and they shared a few words about the new baby.

"We're absolutely thrilled and look forward to seeing them in the next few days when things have quieted down a bit," William said. "I'm very pleased and glad to welcome my brother to the sleep deprivation society that is parenting."

And when William was asked if he had any pieces of advice to impart, he only had positive thoughts to send Harry's way. "I wish him all the best and I hope that in the next few days they can settle down and enjoy having a newborn in the family and all of the joys that come with that," he said.

Middleton also had a few sweet words to share about the new baby and some well wishes for Markle and Harry. She said:

"It's such a special time. Louis and Charlotte just having had their birthdays, it's such a great time of the year to have a baby. Spring's in the air and everything, it's pretty great. As William said, we're looking forward to meeting him and finding out what his name is going to be so it's really exciting for both of them. We wish them all the best. The next few weeks, actually, is always a bit daunting the first time around, so we wish them all the best."

After Markle released her birth plan earlier this year, she's made it clear that privacy is very important to her during this time, and it sounds like she's sticking to it. When Middleton and William do get to meet their nephew, it sounds like it'll be worth the wait — and seeing Charlotte, Louis, and George play with their cousin in the future will be too cute for words.