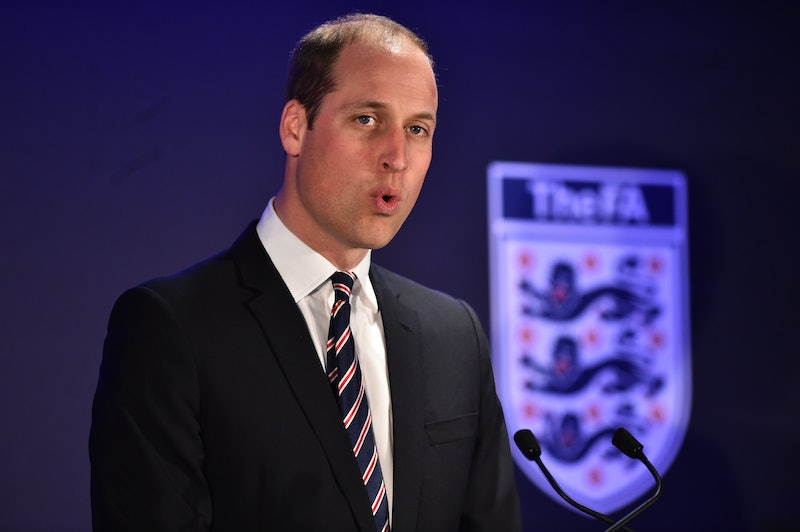 In the wake of the deadly Manchester attack, Prince William released a statement on Tuesday afternoon local time. "Like everyone, Catherine, Harry and I are left shocked and saddened by the tragedy that unfolded in Manchester overnight," he said of the terrorist bombing that took place at an Ariana Grande concert on Monday night. "Hundreds of friends, parents, children, and partners are confronting unimaginable grief today, and we send our thoughts to them all. We also send our thanks to the people of Manchester for their display of strength, decency, and community that is an example to the world."

The statement comes soon after those of fellow monarchs and family members Queen Elizabeth and Prince Charles. "I know I speak for everyone in expressing my deepest sympathy to all who have been affected by this dreadful event and especially to the families and friends of those who have died or were injured," said the queen.

Her son expressed similar sentiments, saying, "Words cannot adequately express what so many families must be feeling at this incredibly difficult time and our most heartfelt sympathy is with all those who have so tragically lost loved ones or who have been affected in some way.''

Prince William and his wife, Kate Middleton, have two children — 3-year-old Prince George and 2-year-old Princess Charlotte. It's likely that the couple's young children have had an influence on their reaction to the Manchester tragedy.

The terrorist attack was confirmed to have been carried out by at least one suicide bomber. NBC News reported that a 22-year-old man named Salman Abedi had been identified as the bomber in question, but warned the Manchester community against taking retaliatory actions. "We understand that feelings are very raw right now and people are looking for answers," said Police Chief Constable Ian Hopkins. "We will not tolerate hate towards any parts of our community."

At the time of this writing, at least 22 fatalities and 59 injured victims are confirmed by local officials. A long list of celebrities publicly expressed their support for victims of the attack, as well as for Ariana Grande and her team. As news of the tragedy unfolded, Grande reacted to the situation by tweeting, "broken. from the bottom of my heart, i am so so sorry. i don't have words." Given the fact that the singer frequently referred to her fans as her "babes," "babies," and "loves," it's safe to say that she felt protective of her supporters.

The pop star has since suspended the rest of her tour. Let's hope she, the victims' families, and Manchester as whole recover from this tragedy.