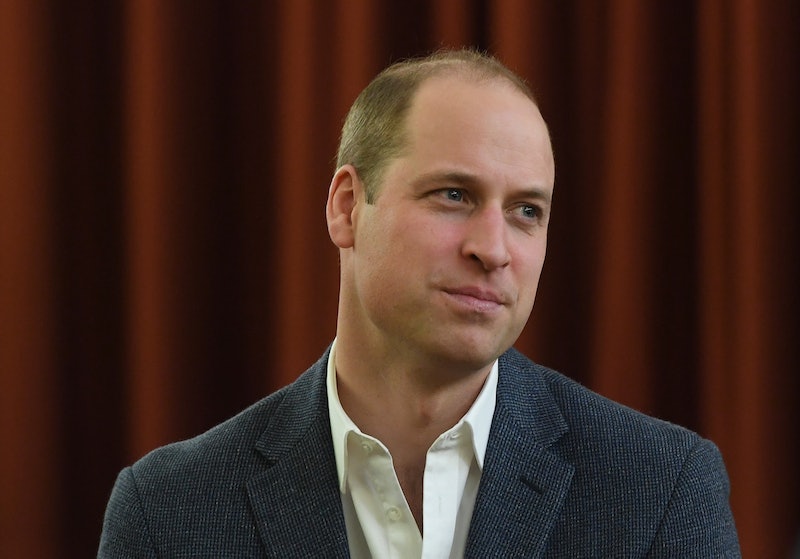 A prerequisite to being a spy, one would imagine, is a degree of anonymity — making the Duke of Cambridge's latest endeavour ever so slightly perplexing. Kensington Palace announced yesterday that Prince William was a spy (sort of) for three weeks, as he undertook secret work placements with three British intelligence and security agencies: MI5, MI6, and GCHQ. Which raises the question: how did no one notice the presence of a future king of England? And wait, I already have another question: work experience? Is Prince William in Year 10?

According to a press release from the Palace, the Duke started his attachment at MI6, or the Secret Intelligence Service, which operates overseas to "help the UK identify and exploit opportunities as well as navigate risks to its national security, military effectiveness, and economy." MI6 agents "work secretly overseas," the Palace said, "developing foreign contacts and gathering intelligence." (Sounds a lot like work that might not benefit from the presence of a globally-recognised royal, but who am I to comment?)

Next, Prince William moved to MI5, or the Security Service, where he observed their "work to protect our national security," with a particular focus on counter-terrorism work. The last stop was GCHQ — Government Communications Headquarters — where, according to the Palace, he "spent time with those using cutting-edge technology, technical ingenuity and wide-ranging partnerships to identify, analyse and disrupt threats."

The Duke was "keen to see first-hand the extraordinary work that staff across the Security and Intelligence Agencies do," the Palace said, noting that the UK's threat level for international terrorism has been set at "severe" or greater over the past five years.

In a statement, William said, "Spending time inside our security and intelligence agencies, understanding more about the vital contribution they make to our national security, was a truly humbling experience."

"These agencies are full of people from everyday backgrounds doing the most extraordinary work to keep us safe.They work in secret, often not even able to tell their family and friends about the work they do or the stresses they face," he continued.

"They are driven by an unrivalled patriotism and dedication to upholding the values of this country. We all owe them deep gratitude for the difficult and dangerous work they do," the Prince said.

Prince William was a pretty keen intern, it would seem: the head of counter-terrorism operations at GCHQ, identified only as "David," said in a statement, "Having The Duke of Cambridge spend time with our teams was an incredible opportunity. William worked exceptionally hard to embed himself in the team and comfortably held his own amongst some highly skilled analysts and operators."

"His Royal Highness asked some probing questions and demonstrated a real grasp of our mission. This was a rare opportunity to expose, in detail, the technical ingenuity and problem solving skills needed on a daily basis to help keep the UK safe." Sounds like you really smashed that work experience, Prince William! Good luck in your mock GCSEs!

More like this
Prince William & His Kids Are Adorable In A Smiley New Photo For Father’s Day
By Stephanie Topacio Long
Lilibet & Prince Charles’ First Meeting Was Emotional, According To Reports
By El Hunt
Michael Owen Has Shared His Thoughts On Luca & Gemma
By Bustle UK
Michael Bublé Fans Are Raging After They Missed His Gig Due To Traffic Jams
By El Hunt
Get The Very Best Of Bustle/UK