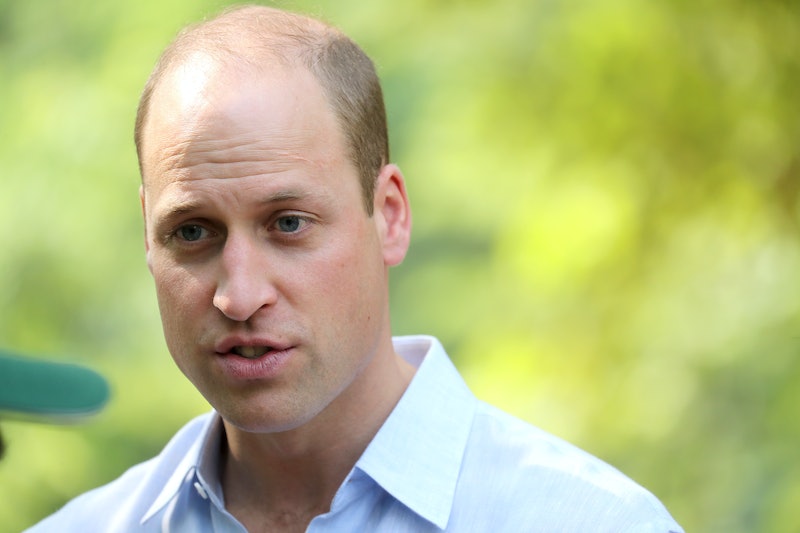 Prince William and Kate Middleton are currently visiting Pakistan as part of their five-day tour of the country, and their first engagement involved visiting the Islamabad Model College for Girls as The Telegraph notes. During their time there, Princess Diana was a topic of conversation, and Prince William's comments about his mother amplified the importance that she had on the country during her visits.

The couple met with a group of teenage students during their visit, where they spoke about what they wanted to do when they were younger. After one girl said she wanted to be a brain surgeon, the question was then brought to William who spoke of his love of flying.

"Actually I changed a lot as I got older but I always wanted to learn to fly," he said. "I was flying for a while actually. I love flying, I feel very free [and] I like learning a skill, I enjoy that. I can relate to the science of what you do." As The Telegraph reports, the same student preceded to tell William how they were "big fans of [his] mother", which he was very grateful for.

"You were, really? Oh that's very sweet of you. I was a big fan of my mother too," William said. "She came here three times. I was very small. This is my first time and it is very nice to be here and meet you all."

Diana was brought up again later in the day, after another group of students asked the royal couple how their visit was going so far. "This is day one but we have been wanting to come for a very long time so it's nice to finally be here," William said. "My mother was here a long time ago, so it's very nice, my grandmother was here, my father's been here... a lot of my family members have been here."

William's mother first visited Pakistan in 1991, which was part of her first official solo tour as Royal Central writes. According to the Express, Pakistan "reportedly held a special place in her heart" and she visited the country two times after her first trip.

Diana had numerous engagements across the country, "ranging from a girls school and a family welfare centre in Islamabad and the Badshahi Mosque and the Kinnaird College for Women in Lahore."

Ahead of the couple's tour, their spokesperson highlighted how "[a]ccess to quality education, particularly to girls and young women is one of the U.K.'s top priorities in Pakistan," as People reports. And although it's not an "entirely rosy picture", as local education officer Mohammed Sohailkhan told reporters, the future for women and girls' education is optimistic.

"In recent years there has been gradual progress in understanding how important education is for young girls and women," he said. "There is a realisation of what it can mean in terms of jobs and prospects." Sohailkhan continued:

"It does still fluctuate wildly, particularly in rural regions, where there has traditionally been cultural barriers towards this, notably in terms of sending girls away to college. But these barriers are slowly being broken down."