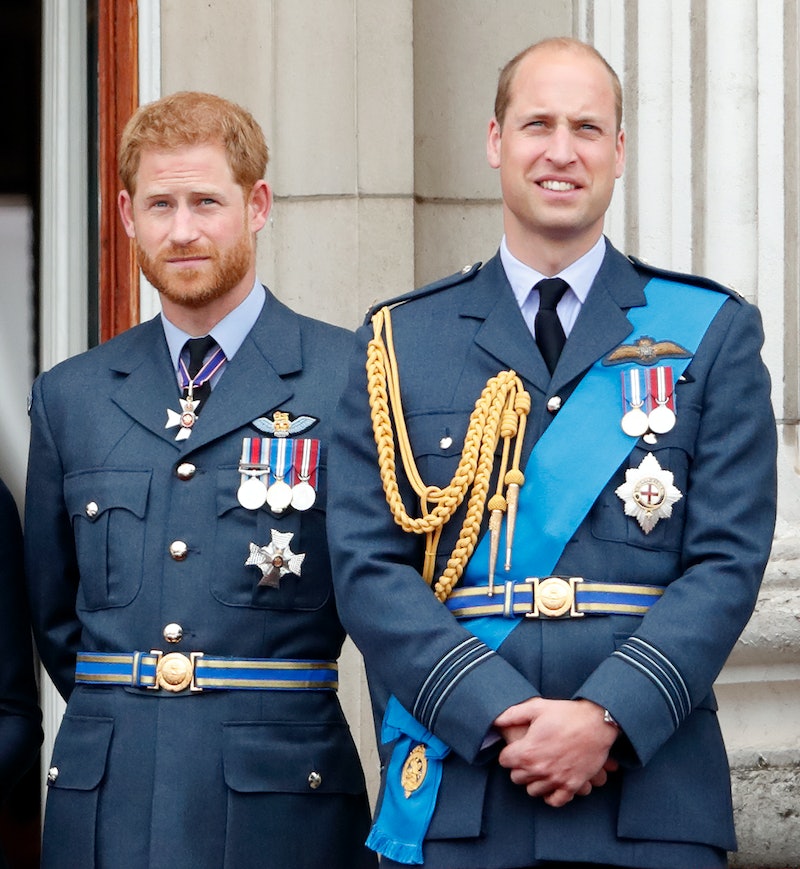 It's been a tumultuous week for the royal family. On Jan. 8, Prince Harry, Duke of Sussex, and Meghan, Duchess of Sussex announced their intention "to step back as 'senior members' of the Royal Family and work to become financially independent," in an Instagram post. After processing the surprising news, Prince William, Duke of Cambridge has spoken out about Harry and Meghan's decision,

In a new report from The Sunday Times, William reportedly expressed a "sadness" over Harry's impending departure to a close friend. "I’ve put my arm around my brother all our lives and I can’t do that any more," William reportedly said. "We’re separate entities." He continued, "I’m sad about that. All we can do, and all I can do, is try and support them and hope that the time comes when we’re all singing from the same page. I want everyone to play on the team."

Queen Elizabeth has called the family to Sandringham, her private Norfolk estate, on Monday to discuss “next steps” for Harry and Meghan, per The Independent. Meanwhile, Meghan has already returned to Canada to be with her and Harry's 8-month-old son, Archie, but The Times reported that she's expected to join the meeting via conference call. In their post, the couple shared that they plan to split their time between the U.K. and North America.

The Queen reportedly wants to move "at pace" in solidifying these next steps, which will include how much "official" work Harry and Meghan will do on behalf of the British government, what their new royal titles will be, how much funding they'll receive, what commercial work they'll be permitted to do, and how the move might affect their security.

A concrete plan is expected to be agreed upon and announced within the week, per The Times, now that there is a "genuine understanding" among the family regarding Harry and Meghan's desires. This new plan and their new roles, however, will "take time to implement."

Meghan is expected to remain in Canada until further notice, per The Times, and she's already making strides toward her new professional life. Reports recently surfaced that she signed a voiceover deal with Disney for charity, which will support the conservation efforts of Elephants Without Borders. No other details have been released on the matter.

On the other hand, Harry will remain in the U.K. until plans for his future are settled. According to The Times, he is expected to make his first public appearance since the big announcement on Thursday at Buckingham Palace, where he will host the Rugby League World Cup 2021 draws for the wheelchair tournaments.