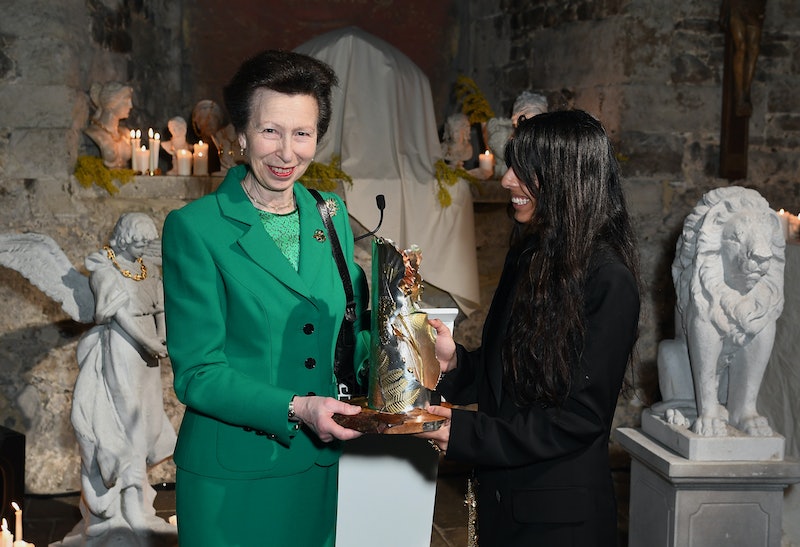 Princess Anne will always be my favorite royal, even more so now thanks to Erin Doherty’s portrayal of a younger Anne in The Crown. She’s got a no-nonsense attitude equally served with the perfect amount of humor, much like the Queen. But while Her Majesty wouldn’t be seen traveling on public transport, Princess Anne took the tube during London Fashion Week and somehow managed to go pretty unnoticed.

A Transport for London member of staff spotted Anne as she went through Green Park station, which is near her official royal residence at St. James’s Palace, as the Daily Mail writes. “She came through with another older woman and her security,” the tipster told the newspaper. “We weren’t expecting any royalty. Hardly anybody seemed to notice them.”

She ended her journey at St Paul’s station, to undertake two royal activities: presenting the Queen Elizabeth II Award for British Design at St. Etheldreda’s Church, and then onto the “nearby Guildhall for another ceremony, the Euromoney Wealth Management Awards,” as the Mail reports.

Both visits took place on Feb. 19, which was also her first visit to London Fashion Week. As Hello! reports, Anne presented designer Rosh Mahtani with the QEII Award for British Design for her Alighieri jewelry line, which is "committed to sustainability and ethical practices.” The award was conceived in 2018, which coincided with the Queen’s first-ever visit to Fashion Week.

“Each year this award has gone to a slightly different part of the fashion world,” Princess Anne said while presenting the award to Mahtani. The award had previously been given to print designer Richard Quinn and menswear designer Bethany Williams, as Vogue notes.

“It’s entirely appropriate that we not forget jewelry as part of that,” Anne continued. “So I’m delighted that jewelry has made it to this award, and particularly … a young individual who has found her own way of getting her own creations, her own interests in jewelry, right to the forefront of the market.”