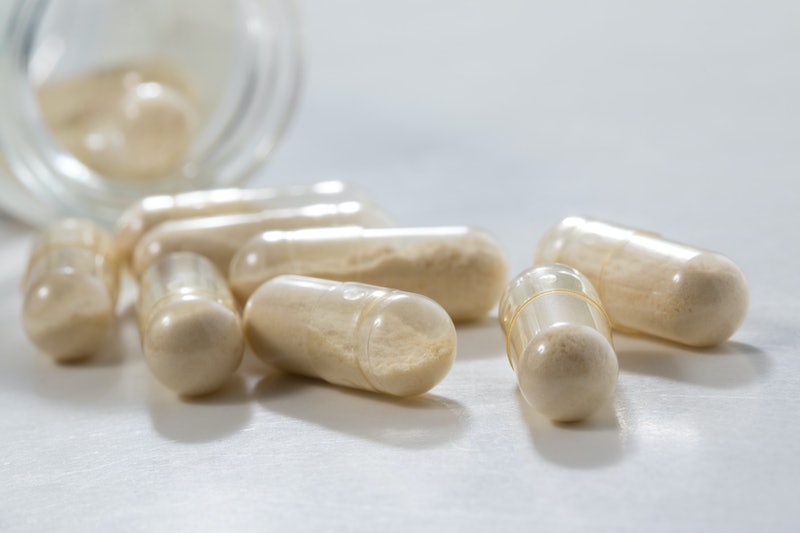 You probably know that probiotics are reported to help your body out in tons of different ways — from better digestion and increased immune function, to improved absorption of nutrients, probiotics arecan be powerful little bacteria that can up the beneficial flora in your gut, and crowd the bad bugs out; essentially helping you build a healthy and flourishing internal ecosystem. Now, new research also suggests that probiotics can do even more than help you build a better gut: they might also help protect your liver from drug and alcohol induced damage, Men's Health reported.

As the body’s largest internal organ, the liver performs over 500 functions to keep us alive and kicking every day. It's mostly known for filtering what we consume, figuring out what to store as energy and what toxins or other extraneous material to strain out. The liver is also a key player in converting food into energy. Being “‘downstream’ of the gastrointestinal tract in the digestive process, it makes sense that the composition of bacteria in the gut could affect the functioning of the liver,” according to a recent press release.

Inspired by studies linking probiotics to better brain and heart health, researchers from Emory University were curious as to whether probiotics could also help protect the liver. So they decided to look at whether a common probiotic, Lactobacillus rhamnosus GG, or LGG, could help protect this amazingly important organ against damage.

Here's how it all went down: the researchers gave two sets of mice a diet high in LGG or a normal diet. Then, after two weeks, they gave the mice high doses of acetaminophen, the active ingredient in many pain-relief drugs that can help combat acute inflammation, but that can also cause free radicals — which can damage your liver. Basically, the mice that had had an LGG-rich diet had an improved "antioxidant response of the liver, protecting it from oxidative damage produced by drugs such as acetaminophen," lead study author Bejan Saeedi, a doctoral candidate at Emory, explained in the press release.

As it turns out, taking too much acetaminophen can really mess up your liver. Overuse of acetaminophen can cause major liver damage, or even death, by increasing free radicals in the body — causing severe oxidative stress, the press release further states. Earlier research by Saeedi’s colleagues has identified the process by which LGG shields the liver from oxidative stress induced injury. The current study shows that the protein Nrf2, which regulates the expression of genes in the fight against free radicals, plays a pivotal role in protecting the liver against oxidative damage and injury. Saeedi explained that while the effects of LGG on mice look promising, the little critters are clearly not human — so further studies are needed to see if the results of this research can be replicated in human subjects.

These findings are pretty exciting, however, even though further research needs to be done. While you probably already knew what probiotics could do for your gut health, it looks like they could be a pretty powerful protective measure for your liver, too — and who knows what other body systems are next. So while probiotics are definitely not a substitute for medicine if you're worried about your liver's filtration abilities, and you should still consult a doctor before incorporating a new supplement into your regimen, it looks like the benefits of probiotics extend far beyond what was previously thought.