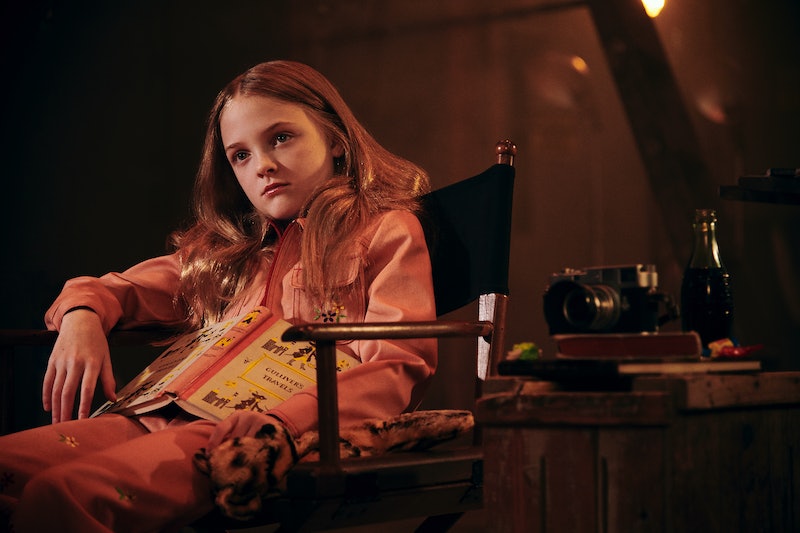 Fosse/Verdon explores a creative and romantic partnership that has leaned too heavily on one half for too long. Luckily, one of the executive producers of the FX series is the couple's own daughter, who became a primary source for their home and artistic lives. In a conference call interview with reporters, Nicole Fosse explains how Fosse/Verdon tells Gwen Verdon's story in a way fans haven't seen before, but desperately need to.

"I think [Fosse/Verdon] brings a lot of light onto my mother which is long overdue," Fosse, who is a character on the show in child form, says. "She was in the shadow of my father for a long time because she was not the director, not the choreographer, although she contributed behind the scenes an incredible amount. So I’m very happy that she’s really being brought forth into the public eye.”

Both of her parents "changed the framework for Broadway," Fosse says. "Musicals are different because of the way [Bob Fosse] constructed his musicals. I also believe that my mother had an impact on the nature of what can be considered sexy — that strong can be sexy, and innocence can be sexy.”

Executive producers Tommy Kail and Stephen Levenson initially set out to adapt Sam Wasson's book Fosse, but after meeting with Nicole "for a think tank/brainstorm session" knew that they needed to add "Verdon" to the title in order to effectively tell this story. Watching the show mimics that experience. For me personally, I knew so much more about Fosse than I did about Verdon going in to the series, and I finished the first episode actually angry at both the world and myself for letting her slip into history's shadows.

"We had no really in-depth source for Gwen Verdon. There is a biography coming out about her soon but it's not yet published," Fosse says. "I became a primary source for that information." Through conversations with the writers and producers about what her mother was doing during different parts of her father's life, Nicole became more aware than ever of her mother's involvement in Fosse's career not just as a dancer, but as a collaborator and assistant choreographer.

To portray Verdon, Michelle Williams also used Nicole as a resource. "[Williams] would come to me and say 'do you got anything,'" she tells us. A lot of the mannerisms, or "Gwenisms" as Nicole calls them, come from her own memory. "That sort of sensibility of being a little oddball and off and funny and genuine," Fosse remembers.

While the first two episodes come from a primarily male production team, female writers and directors take over in the middle of the season. Fosse also contributed some lines and jokes, she assures me on the call. "My words from conversations direct and indirect are woven throughout," she says. There's a killer moment in the first episode where Verdon tells a group of dancers that a particular move is more of a con job than a seduction — Fosse wrote that.

Were you to look at Verdon as a role model, Fosse says, "[Fosse/Verdon] gives women the permission to be kooky, and wonderful, and individual — and loyal and independent all at the same time."

Though Fosse and Verdon's marriage was fraught, and ultimately ended, Verdon brought fun and joy to life, their daughter tells us. The good and the bad are highlighted and explored simultaneously in Fosse/Verdon. "She found humor in situations that to others may not thought had humor in them," says Fosse. "I think that that facet has been really wonderful to watch unfold.” At the end of the day, it's a human story about real people. "We all feel the same feelings," she says. "My parents just happened to live in an orange crushed velvet living room and wear sequins... which is uncommon!"

Even if you aren't a Broadway fan, you've probably at least heard of Fosse's dances. Remember that video that circulated of the Fosse choreography that inspired the "Single Ladies" dance? That's Gwen Verdon, front and center, doing the steps. Her legacy and her genius deserves just as much attention.