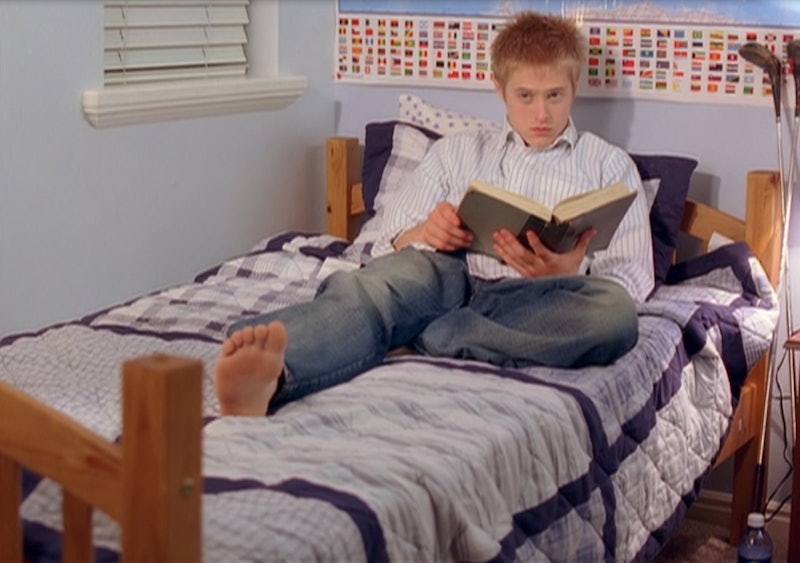 The early to mid 2000s were a prime era for teen love stories, and the genre may have peaked on the Disney Channel. It wasn't, however, a prime era for diversity - which is why every single DCOM love interest looked exactly the same. Disney gave us plenty of iconic television shows — Lizzie McGuire, Even Stevens, That's So Raven — but the stories in their original movies were unmatched. There was Smart House, a story about a tween boy who programs a house to act like his mother to discourage his father from dating, or Zenon: Girl of the 21st Century, which follows a 13-year-old who is forced to return to Earth after growing up on a space station. These stories could be pretty wild, but most of them included a sweet love story to keep things grounded.

No matter how absurd, almost every single one these movies had at least one love interest, even if the movie wasn't about the relationship. Here's the thing — while you probably remember all of the main characters in these films, the love interests might blend together. That's because every single DCOM love interest looks like the same exact person, and there is photographic evidence. Over the years, Disney Channel original movies featured an endless parade of Chads, Gregs, Steves, Justins, and Johns. OK, so that's probably not what the actors names were, but who cares, they're basically all the same person anyway. Honestly, has anyone ever seen any of these DCOM actors in the same room? Probably not.

Here are all of the different, but also exactly the same love interests that have shown up in your favorite DCOMs throughout the years:

Zenon: Girl Of The 21st Century

Zenon may have been a girl dropped down to earth from space, but she connected with a normal human named Greg. Greg, who was played by actor Gregory Smith, had the same middle part and floppy hairstyle as every single other Disney Channel beau. It was probably hard for Zenon to identify with normal people on Earth, but it's harder for fans to identify who any of these love interests are.

The plot of this movie involves two teen girls, one a geek and one a model, who look exactly the same and decide to switch places. However, the love interests in this movie, Jason and Josh, are the real twins. Justin Timberlake and Daniel Clark are the actors who played these two teen heartthrobs, and even though Timberlake went on to become an international pop star, we're still convinced they're the same person.

Look, everyone loves Zac Efron, but that doesn't mean he's not the same floppy-haired love interest from every single other one of these films. If Efron hadn't gone on to become a popular actor, whose to say if he could be picked out of a DCOM lineup?

Read It And Weep

In Read It And Weep, teen nightmares come true when Jamie's diary becomes a best-selling book. Jamie initially falls for Marco, but eventually ends up with her best friend Connor, AKA blonde Jason Dolley. It honestly doesn't matter who she ends up with, because nobody can tell them apart anyway.

When Andrea Carson's brother, Andrew, is unable to compete in a motocross competition, she secretly takes his place. This contemporary version of Shakespeare's "Twelfth Night" was super entertaining, and pairs Andrea up with fellow rider Dean. Dean, played by Riley Smith, looks uncannily like — yep, you guessed it — every single other DCOM star.

There truly was only one hairstyle allowed in the 1990s and early 2000s, and it was the middle-part frosted tip gel flip. This movie is about extreme rollerblading, and starred Erik von Detten, who looks a lot like Chad Michael Murray. Or Aaron Carter. Or all of the above. It's all so hard to keep track.

In this story, a normal midwestern girl named Jessica meets a pseudo-Justin Bieber, and the two share a romantic night out in Los Angeles. Unfortunately, after Jessica returns home, the star pretends he's never met her. Don't worry - the singer, with his classic blonde swoop, looks so much like every other Disney Channel star, it's amazing Jessica can even tell if she met him either.

Okay, so he was technically a goblin, but that doesn't mean that Luke from Halloweentown didn't look exactly like every other Disney star. Marnie and Luke's crush on each other was one of the unresolved mysteries of the Halloweentown series, but the bigger question is whether or not this actor is really a different person than every other DCOM love interest.

In Now You See It..., Allyson Miller, played by Aly Michalka, falls for actual sorcerer parading as a high school magician Danny Sinclair, played by Johnny Pacar. It should come as now surprise that Danny is allegedly a different person than every other DCOM love interest, and yet he has the same exact frosted tips, blue eyes, and you know, face as all the others.

It's no secret that there was a distinct look that was popular during the early to mid-2000s. Every dude seemed to have the same swoopy haircut, frosted tips, and Puka shell necklace. It could be a coincidence, or it could be that Disney pulled the scam of the century and cast the same exact actor in ever single original movie. The world may never know the truth.