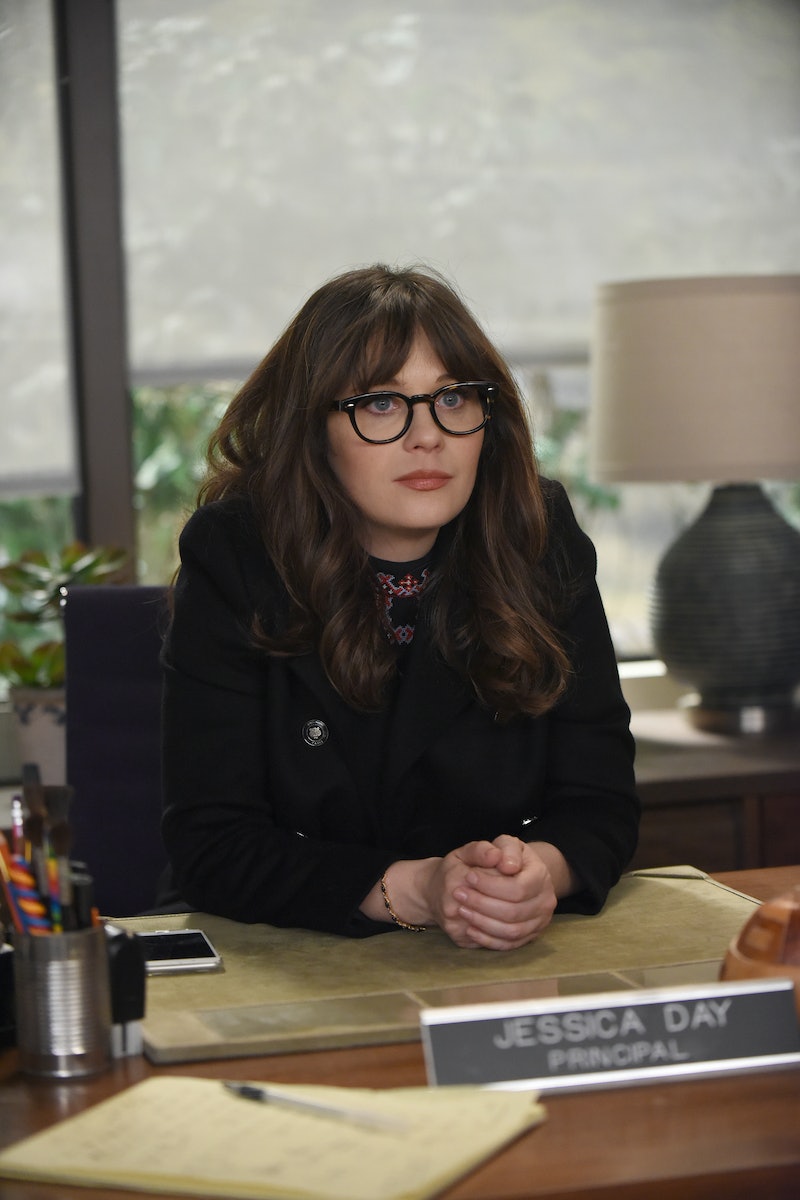 Since Nick and Jess broke up on New Girl, I've had the feeling that we probably wouldn't see them back together on the show until the final season. They're clearly endgame, but there's something a little Ross and Rachel about them, and Friends didn't give them their happy ending until the very last episode. But now, I think a reunion could be closer than ever — like, maybe even this season. On Tuesday's new episode of New Girl, "Young Adult," Nick helps Jess with her students, and it's more proof that their feelings for each other have never died.

Last week's episode showed Nick helping Jess get over her nerves about her new gig as principal, and this time around, there's more of the same. Now that she's in a more administrative role, Jess is worried that she won't get the same amount of face time with students that she once did, and that her new position of power would make them hate her. Jess has always wanted to be liked, and she's also known for creating bonds with her students, so I totally get why this is freaking her out.

The natural solution? Bring in Nick Miller, author of The Pepperwood Chronicles. Since his reading, a bunch of girls at Jess' school are huge fans, so why not butter them up with an appearance from their favorite author?

It worked, but way too well. Principal Day quickly became Principal Jess, or PJ, who was cool because she lived with Nick and they automatically assumed that meant she would let them get away with anything they wanted. She quickly put an end to that, royally pissing the girls off. But soon, they apologized to her with a coffee shop gift card... until one of the girls says the word "upmost" instead of "utmost," a clear sign that this speech and gift came directly from Nick.

The last couple of episodes of New Girl has had Nick and Jess proving why they're perfect for each other, anticipating each other's needs and showing how they both accept each other for who they are instead of trying to change each other. This is just something new to add to the list, and I am loving it.

Reagan and Nick are obviously still a thing, but I foresee a breakup for that relationship sometime in the very near future. After all this, how could Nick and Jess not be getting back together? My prediction could be wrong, but if it's not, I can't wait to see how the rest of this plays out.